The Northampton Motorcyclists Club annual Wild & Woolly  scramble is undisputedly the world’s oldest off-road motorcycle race that’s still running. The 2016 Boxing Day event was incredibly its 91st time of running.  For the second year in succession the preceding December weather was very mild. This meant the track was fast and relatively dry despite the four water-crossings. Record crowds of between 5000 - 6000 spectators were treated to a glorious sunny day.

Last year’s winner Neville Bradshaw returned to defend his title on a 125 Yamaha. However the Woolly is rarely predictable, and with eight of last year’s top ten finishers also on the full start-line he was always going to have his work cut out. At precisely 11am the start flag was raised once again and bikes roared into life. By the end of the first lap things were looking very similar to last year, Neville Bradshaw taking his 125 to the front of the field. Ady Smith followed closely behind in second, exactly where he finished last year. Next through was four time Woolly winner Jack Lee, with South Midland Centre Expert Champion Michael McClurg in hot pursuit. With a much better start this year ten-time winner Ryan Griffiths finished lap one in fifth place. Next through in sixth was Matthew Smith, these first six soon distancing themselves from the following pack.

As Nev and Ady started to pull away from the chasers, Michael McClurg took his CR250 past Jack Lee for third on lap two. This began a close battle with pair going back and forth until around lap eight when a small slip followed by an extended pitstop allowed Jack to move clear. On lap five Matt Smith finally overcame Ryan Griffiths and moved up to fifth. At the same time Joe Tobutt looked fast moving up to 7th before his engine seized on lap nine.

From mid distance little changed at the front. Nev Bradshaw continued to show impressive speed at the front, though Ady Smith refused to give in and was never more than around 10 seconds behind. Matt Smith continued to close in on Jack Lee in front of him, as Michael McClurg recovered to fifth place.  Nev and Ady eventually lapped the entire field, but Ady refused to be shaken off. John Gill made great progress coming up through the field to eighth at one point from starting outside the top 15. James Plant, Ash Rilings, Max Barnett, Charlie Lee and Jonathan Lee all rode consistently around  the top ten.

With two laps to go Michael McClurg’s clutch gave out and he was forced to push it over the finish line in 7th. Ryan Griffiths added a fifth place to his impressive Woolly tally. Matt Smith caught Jack Lee and the pair battled back and forth for third place on the final lap. Jack ended up overcoming Matt’s challenge, only to lose out in a misunderstanding at the finish line.

The first two places never looked in any doubt however with Ady Smith shadowing Nev Bradshaw all the way to the finish. For Nev it was his second win at his second attempt, only the third ever rider to take victory on a 125. 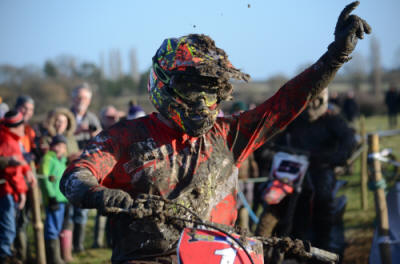 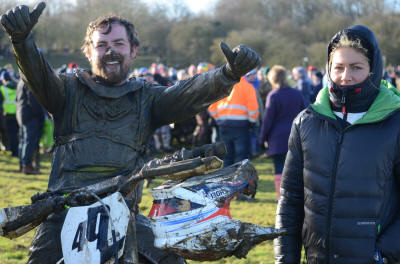 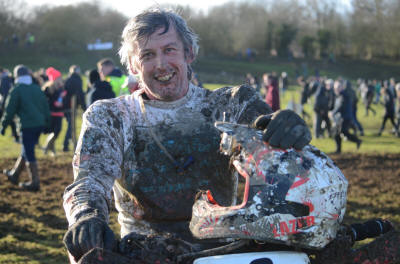