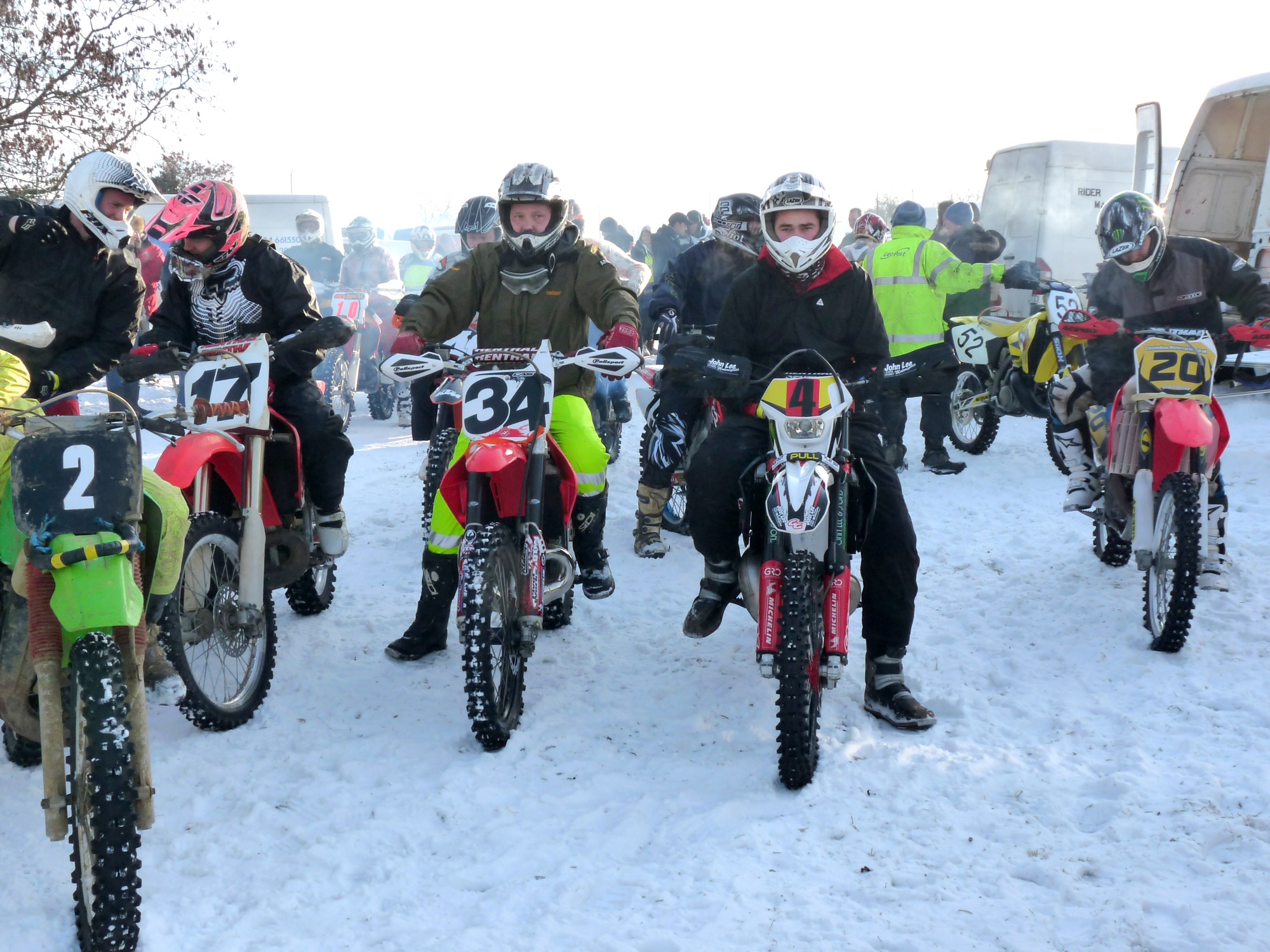 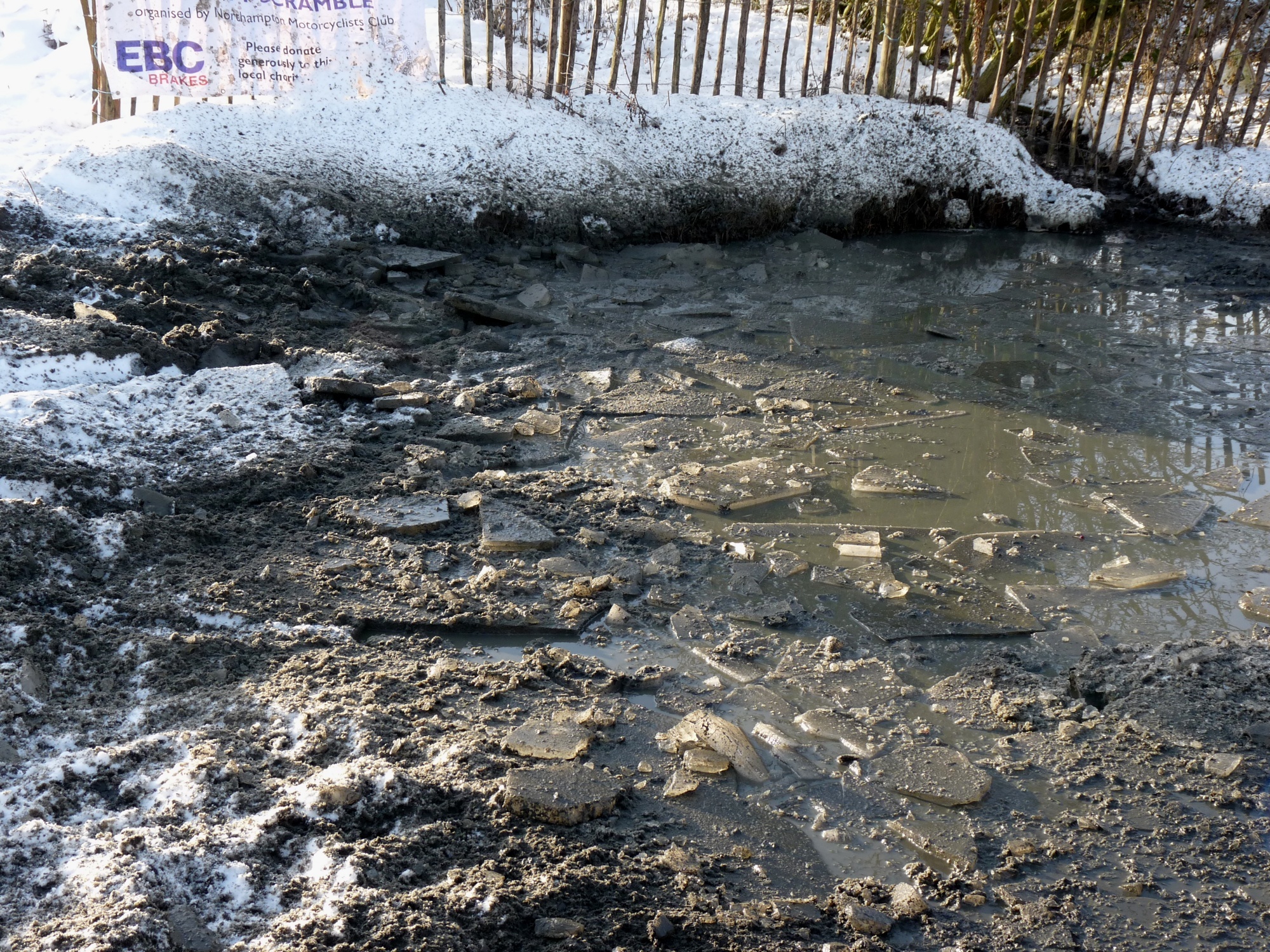 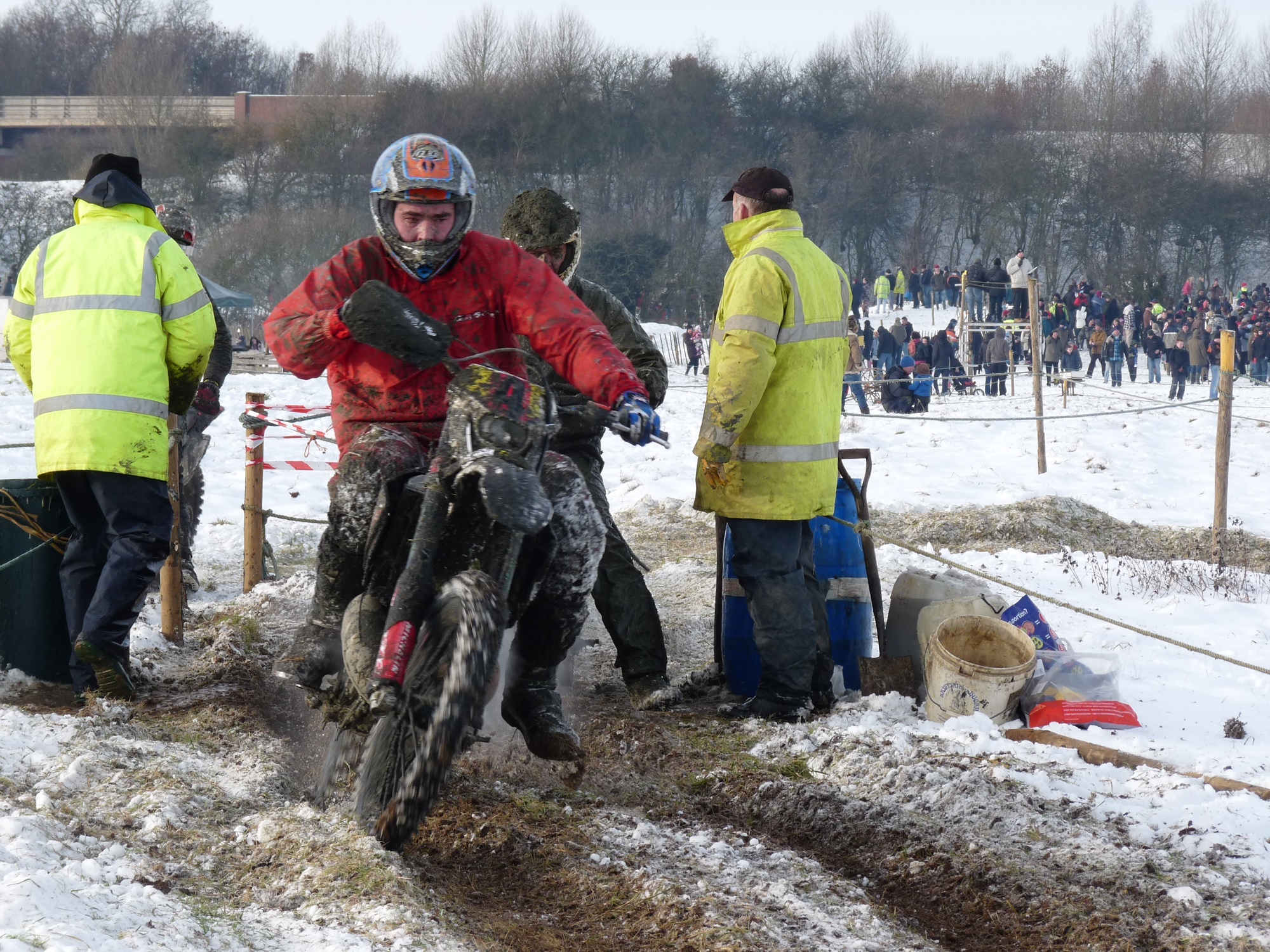 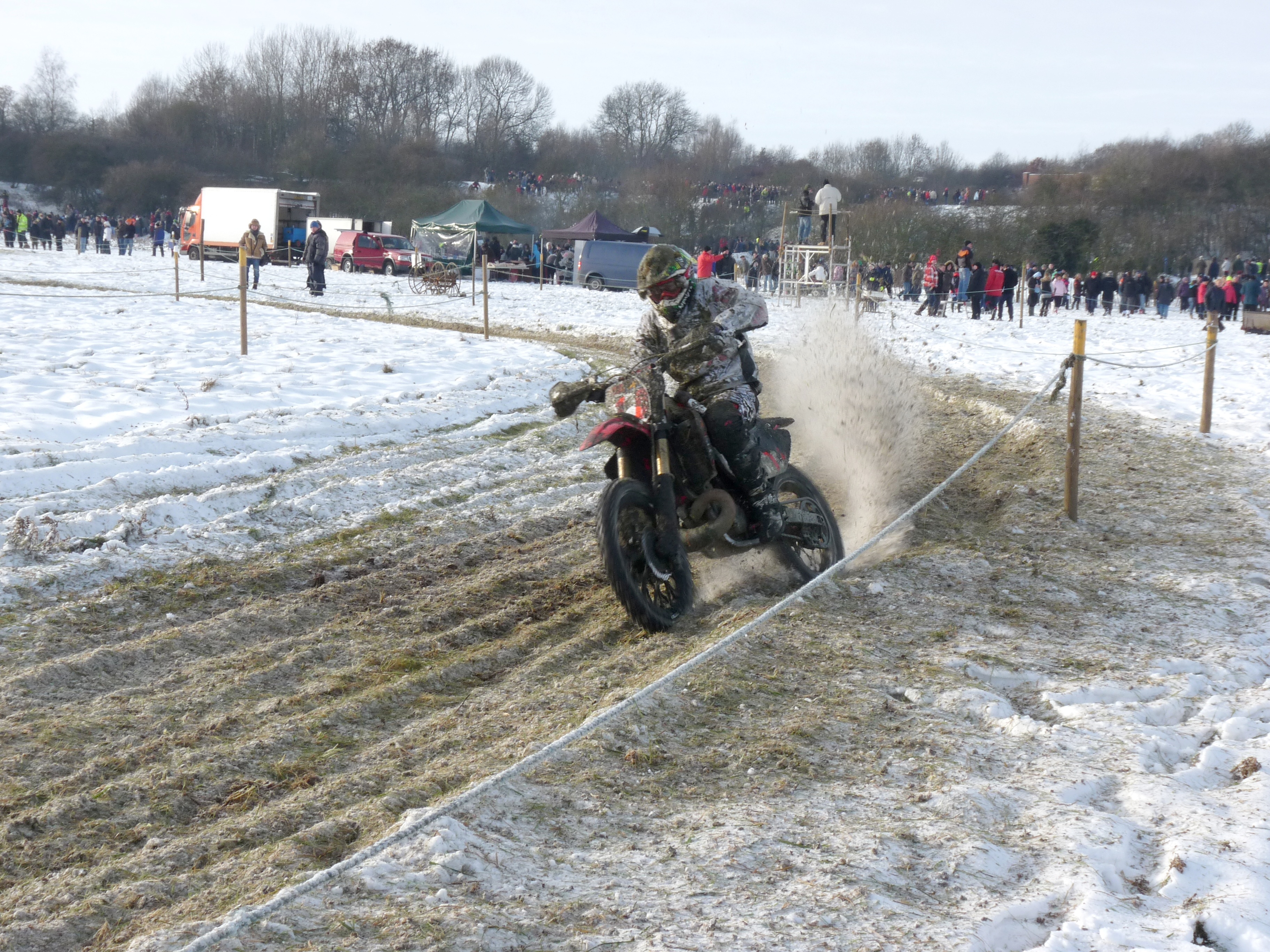 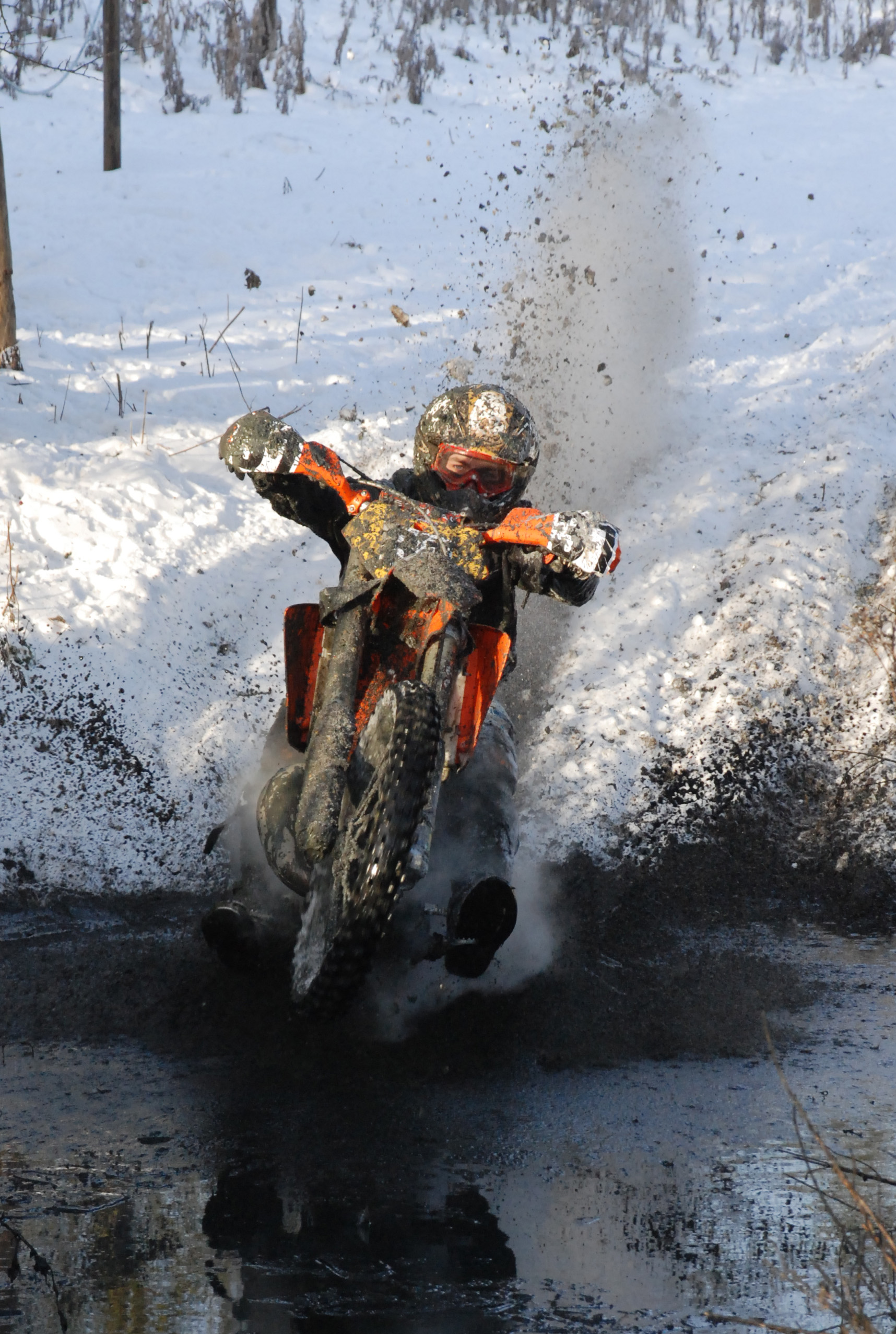 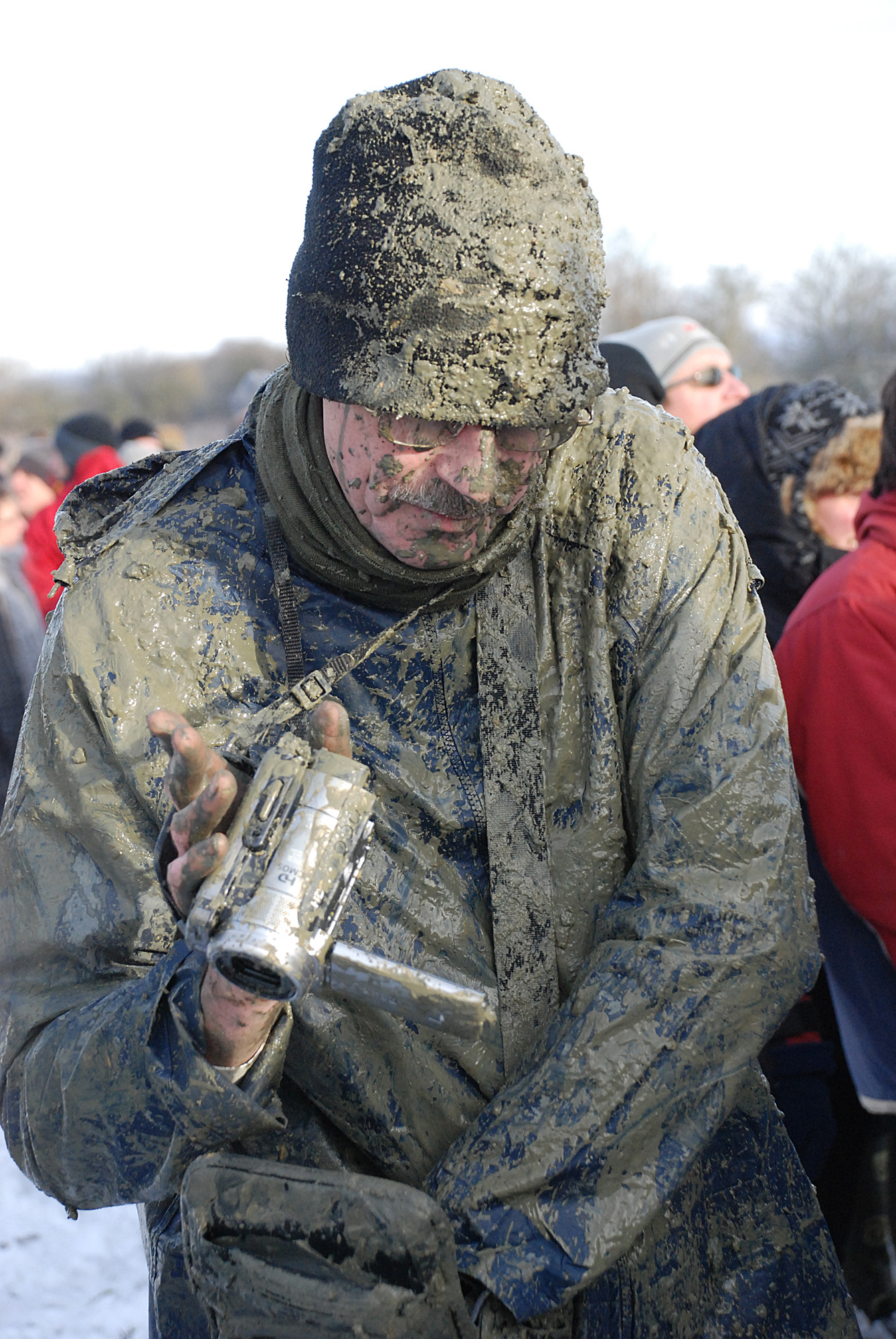 For most Boxing Day is a time of relaxation, recovery from the previous day's excesses, rubbish television and time at home with families. In the small Northamptonshire village of Blisworth however, Boxing Day means motorcycles and mud and mayhem. With December being the coldest one on record, and the weather records going back even further than the history of the race, this made this year's race officially the coldest Woolly ever. Whilst many people doubted the race would go ahead, the Woolly has never been cancelled due to the weather. This year's 85th running of the world's oldest race was to be no exception, despite deep snow on the course and the river crossings frozen solid. With the temperature reading minus nine degrees in the pits just before the start it was obvious this year was going to be extremely tough for the riders.

On paper before the start the local Expert riders entered would have to have been favourites for the win. Nine times winner Ryan Griffiths was eager to make it ten, especially as last year's winner James Berrill was unable to ride this year through injury. James was still in attendance though, preparing his bike for ex British Champion Neil Prince to contest his first Woolly on. Ex SMC Expert Champion Michael McClurg was also competing this year, alongside fellow Experts Dale Raynor, James Barnwell, Adam Castledine and Jack Lee.

For the first few minutes of practise the track looked more like a ski resort than a motocross circuit, then during the second lap the ice gave in dumping the brave riders into the freezing mire below. The third water crossing soon became virtually impassable without a great deal of assistance, as it had last year. Before the start of the race it was somewhat controversially decided to cut out this loop of the track. This made the track a bit easier to negotiate, allowing a proper race to occur.

Just before eleven in keeping with tradition all the riders engines fell silent for the dead-engine start. Exactly on the hour the Starter's Union Jack flag was raised, the bikes roared into life and set off. Leading the pack around to the first water crossing was Higham Ferrers' Jack Lee on a 300cc GasGas two stroke. Jack led the first few laps in exactly the same way last year before succumbing to pressure.

This year he was closely followed by Michael McClurg, Neil Prince, Ryan Griffiths and Kai Passmore-Jones. The difference in style and technique at the front was marked. Jack was using all his trails and enduro experience to the full to give a fast yet smooth and unflustered performance on the somewhat gentler enduro bike. Behind him the motocrossers were more aggressive, spectacular and high-revving. On the second lap McClurg slipped to fourth allowing Neil Prince and Ryan Griffiths to slip past. Ryan set off on a mission to catch the leaders, reaching Neil Prince who'd lost none of his style on the bike on lap three. The two battle closely for most of lap four, coming together a number of times, neither willing to concede. An ill-fated pass attempt from Ryan going up the steep railway embankment led to him tangling with the ropes, an incident from which he would never fully recover. That left Neil in a comfortable second, whilst all the time Jack Lee was pulling away from the pack, hardly putting a foot wrong. Further down the field many of the riders found the first few laps tough going, and such was Jack's speed that by lap five he'd lapped up to fourth. Now only Neil Prince, Michael McClurg and Ryan Griffiths remained on the same lap as the leader. Jack's pace was relentless, reaching Ryan on lap six and Michael by lap eight.

From that point on Neil Prince was the only rider able to match the pace of the enduro rider out front, managing to stay on the same lap for a very creditable further eleven laps. Two laps from the end even he was powerless to resist Jack Lee's advances, conceding a lap. At this point, with the race all but over Jack was still thrilling the spectators by ignoring the easier lines around the perimeter of the first river crossing. Instead he opted for hitting the deep muddy centre section at speed, jumping across from the solid ice shelf at the rivers entrance. Bouncing up the exit bank and straight out with barely a wobble, he made it look easy.

Taking the chequered flag after twenty-one gruelling sub-zero laps Jack became the 85th winner of the Wild and Woolly at his third attempt. Prior to this year he'd followed up a fourth place in 2008 with a third last year. Jack was ecstatic at the finish and full of praise for his GasGas machine. In second place Neil Prince described the race as 'mega fun' and intends to compete again next year for the top spot.  Third place went to consistently fast riding Michael MCClurg, whilst a tenth win eluded Woolly legend Ryan Griffiths who finished up fourth, claiming it may well be his last attempt. Rob Saunders was first Junior home in fifth, just ahead of Dale Raynor in sixth.  Rob was also intending to compete in another race the following day! 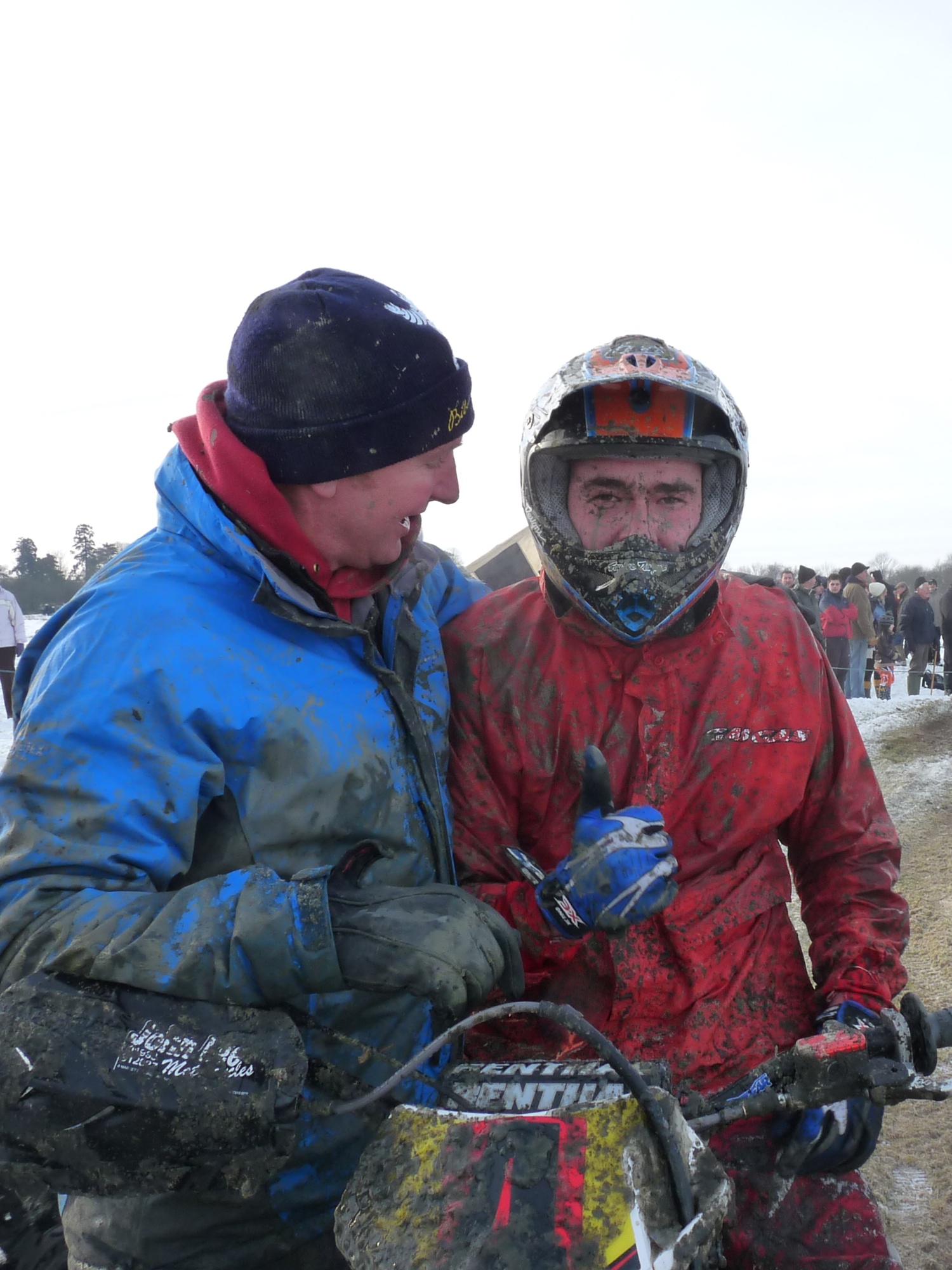