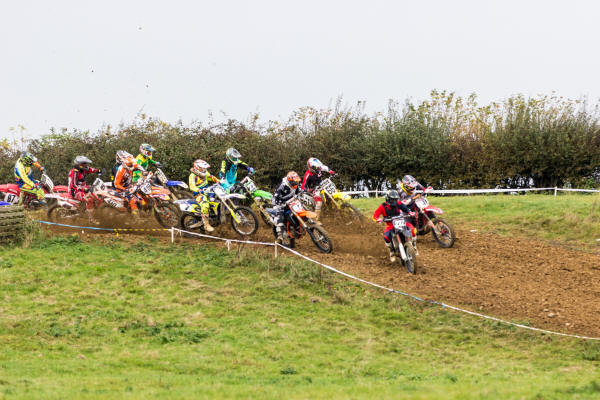 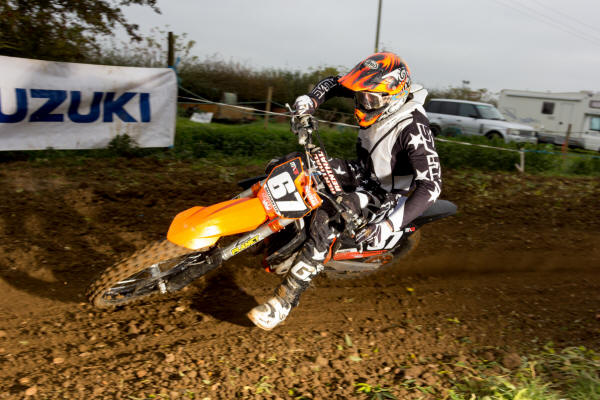 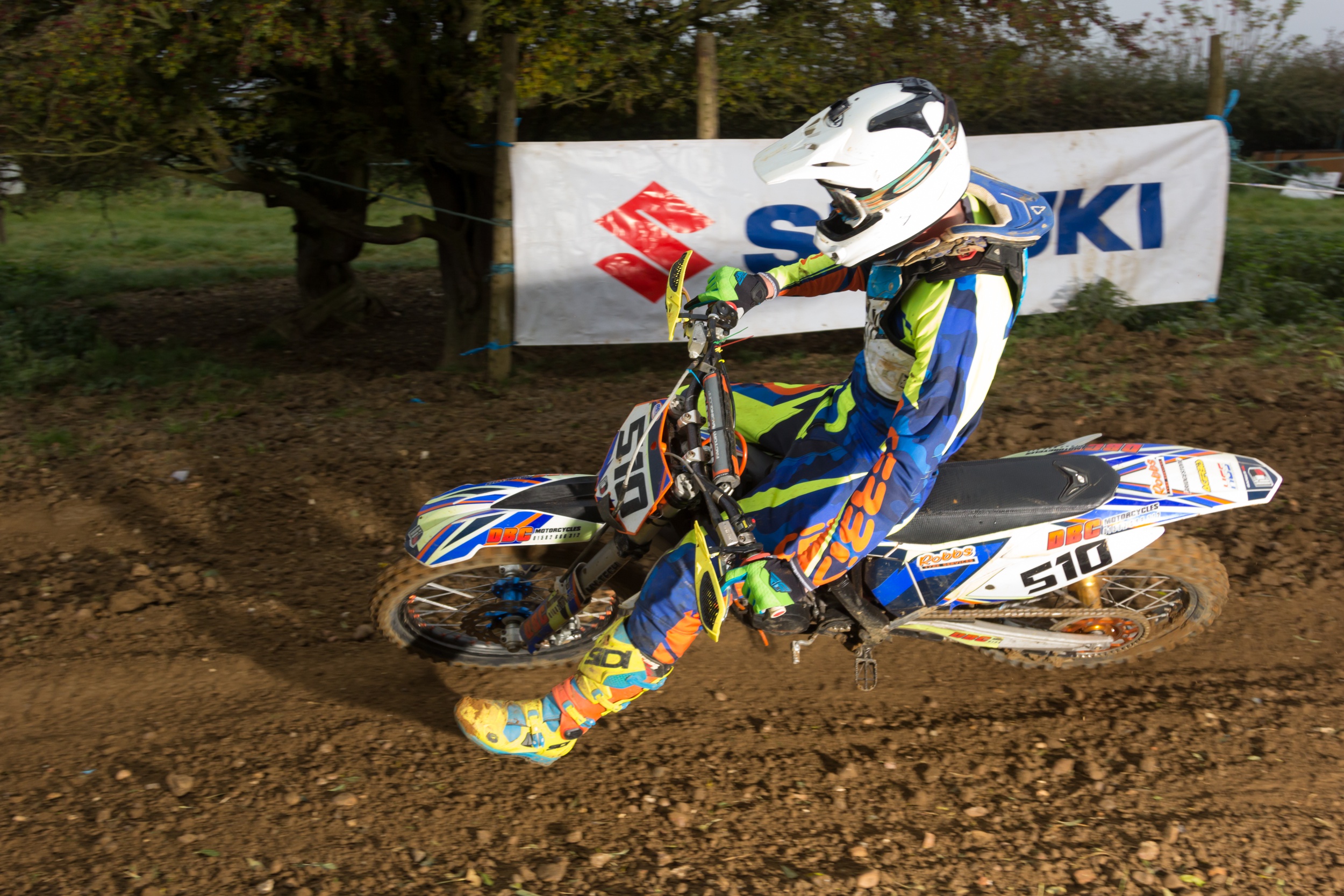 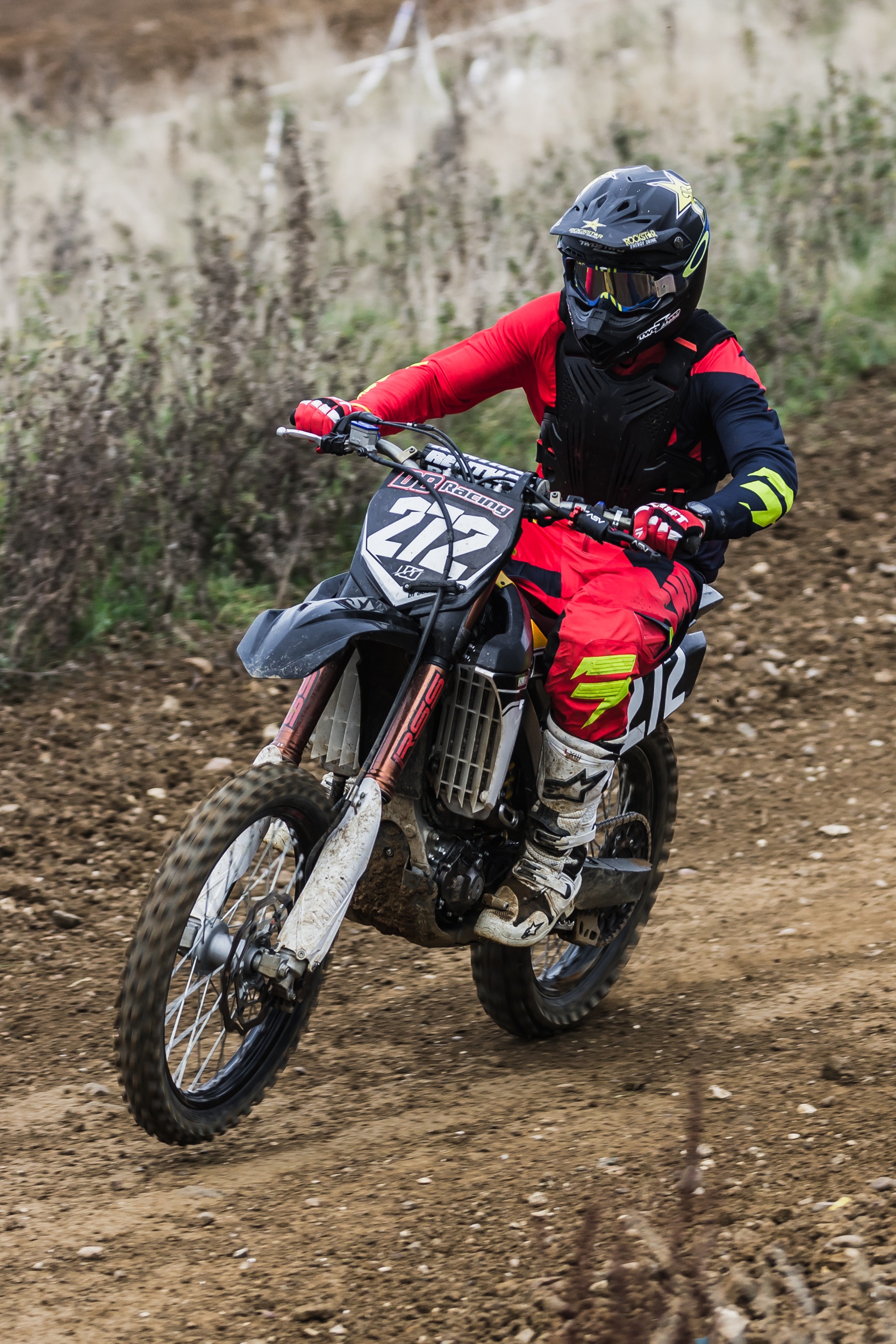 NMCC were back at Long Buckby National track for the final round of the NMCC Club Championships and the visiting NGR Series. Unlike the muddy start that was two weeks previously, this time the weather was perfect. Temperatures were incredibly mild for the end of October and the track was prepped perfectly to run in the opposite direction this time.

Local hero Neville Bradshaw showed his true class winning all the Expert class races with some ease. Ryan Griffiths took second overall following Michael McClurg’s exit from race three. Paul Edge took his EVO Honda to a great third overall. In the Junior class there were three different winners in the three races. Connor Halligan won the first but had an early finish to his day with engine problems. Ian Teverson won the second race but went out of the third. Kyde Marlow capitalised on both of these, taking the final win and the overall.  Reece Wain finished second, consistently in the top four each race. Connor Dickens got better as the day went on to finish third overall. In the Clubman class Dan Loveday and Tom King battled closely all day. Dan got the better of Tom to take races two and three and the overall. Tom finished second in front of Nathan Skinner.

Tim Clarke dominated the NGR Series races, winning all three. Liam Walker finished runner up with second in both the final legs. Lee Keyton just edged out Paul Hubbard for third after Paul had to come from behind in the last race. Ryan Griffiths also took a maximum in the Premier Class, taking three wins from Tony Leishman. Robert Mead improved his positions all day, screaming his little 2 stroke into a fine third overall.

Nigel Miller took yet another overall in the Super class, despite a painful off-track excursion in race two. Reg Willis finished second from Richard Jochacy. Connor Dickens took the overall in the U40 class, despite tying on points with Luke Postlewaite. Third place went to Aaron Read. Tony Leishman took the overall once again in the 2 Stroke class, though he didn’t have it all his own way. Connor Dickens finished second from Guy Marchant. A great turnout at the working party meant that the workers race could be reinstated. Hopefully this can continue from now on.