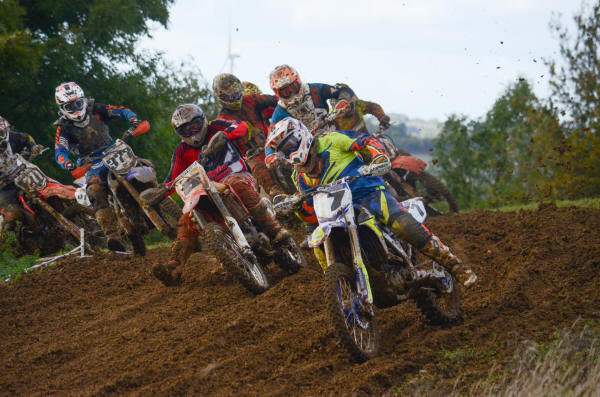 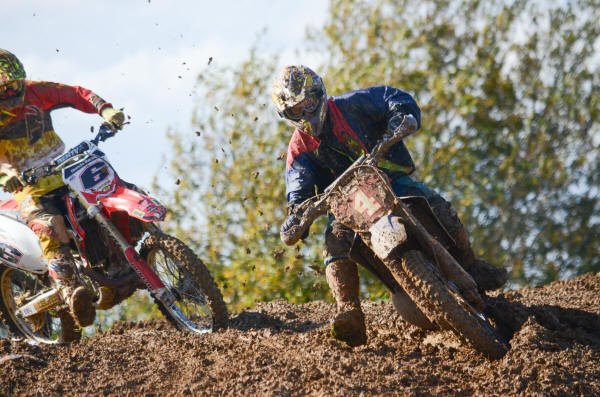 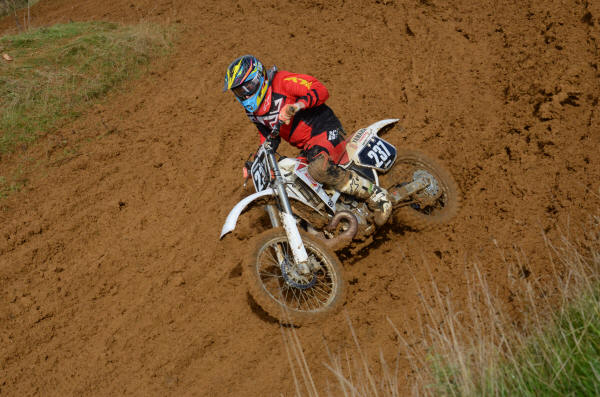 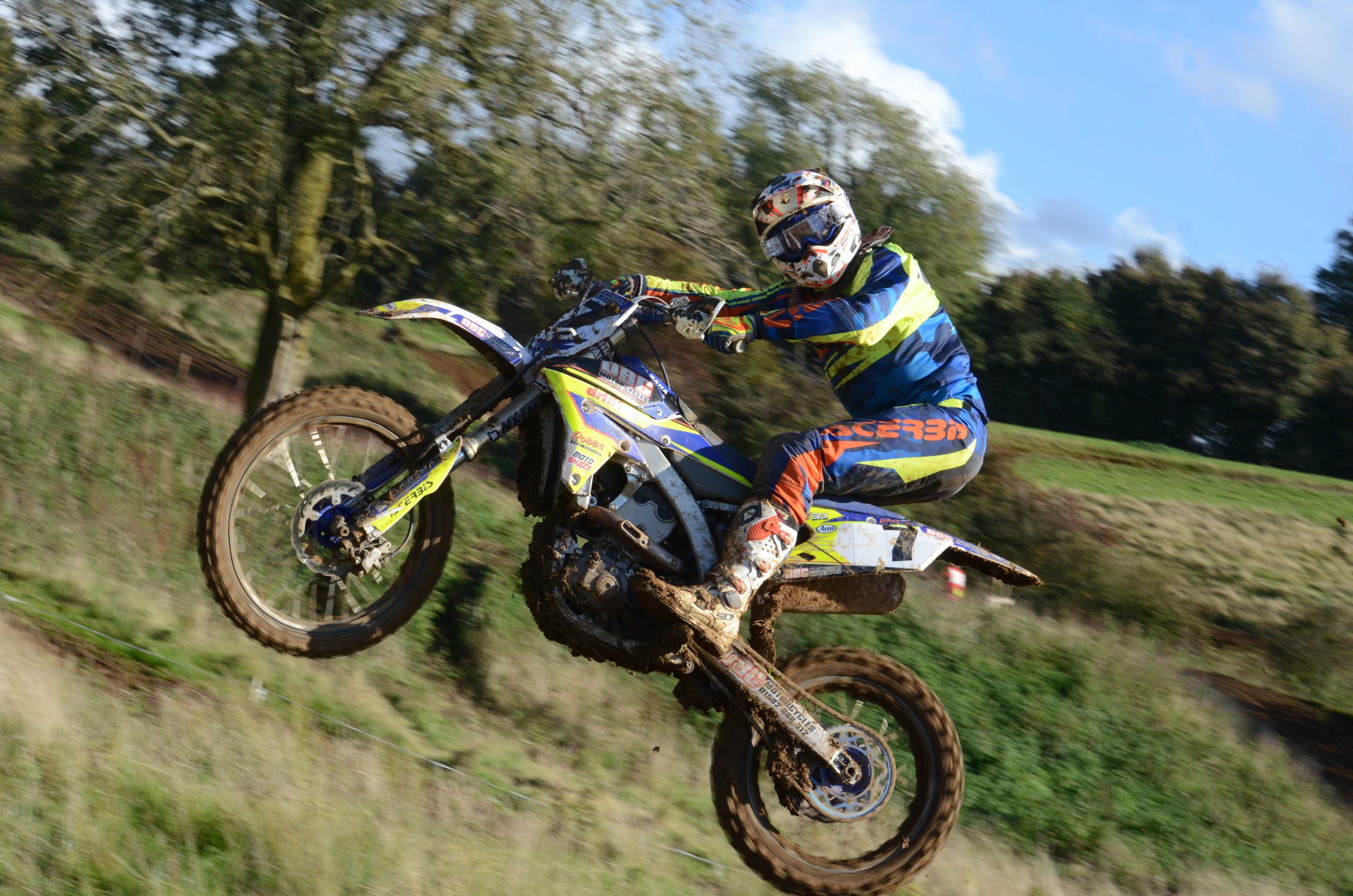 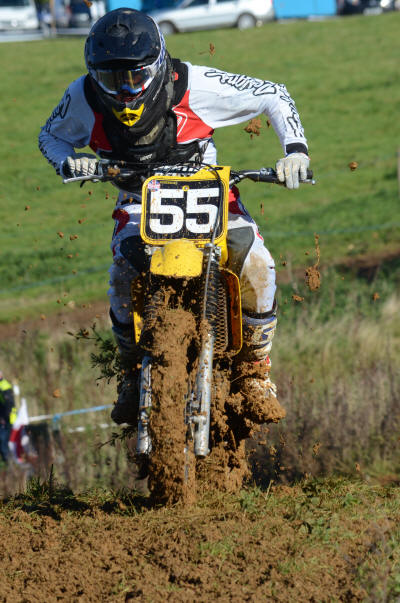 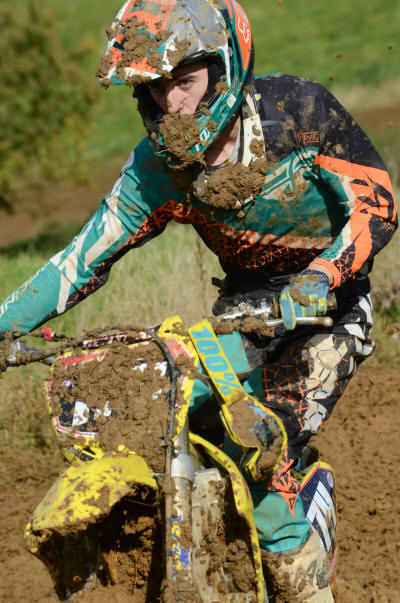 NMCC hosted the final round of the 2016 ACU South Midland Centre Motocross Championships at the legendary Long Buckby National track. As last year they were joined by the Eastern Centre EVO MX Series. With the track prepped to perfection in the preceding week, expectations were running high. And then Sunday morning happened.. Heavy rain fell from around 7:30am right up until practice finally got underway around 11am. By then the track was demanding to say the least, some riders deciding not to even venture out. However as the day progressed and the sun shone the track improved enormously. Apart from a tropical deluge during the second Overs race that is..

In the Expert Class Michael McClurg made it clear he wants this championship. Leading every lap he took three straight wins, showing he’s currently the man to beat in the SMC. Kristian Hutching finished a clear second each time out, apart from race two where a bad start left him unable to catch third place finisher Ryan Griffiths. Reece Wain dominated the Junior Class with two straight wins, running up front with the fastest of the Experts. Sam Harwood looked on course for second overall after an impressive showing in race one, but a fall in race two pushed him back to fourth overall. Rob Hollis took second  overall with consistent top three finishes. Callum McClurg revelled in the difficult conditions, finishing an excellent third overall.

In the Premier Class Ryan Griffiths made light work of the competition. He won all three despite falling at the start of race three and having to come back through the pack. Tony Leishman took second each time out on his way to another Premier Class SMC Championship. Justin Carter showed how competitive an Enduro bike can be in the right hands. Justin took third overall after also coming back from a fall at the start of race three. In the Elite Class Greg Cox dominated in the difficult conditions taking all three wins. Fraser Law had to settle for second after suffering a few mistakes and racing incidents each time out. Bruce Garside took third overall with some electrifying starts. In the Super Class a rare mistake from overall winner Nigel Miller allowed Reg Willis through to take the win the race three. Reg finished runner up, with Richard Jochacy third each time out.

In the popular Eastern Centre EVO Series, a fall whilst leading race one robbed Jordan Pasquale of the overall. Despite dominating races two and three Jordan had to settle for second overall, though his lap times put him right up with the best all day. Lance Marshall took first overall by winning that crucial first leg and then finishing runner up in both the other races. Nick Carter finished a close third overall, just one point back on Jordan. Tony Leishman took another overall win in the two stroke class, winning races two and three by a big margin. Paul Edge won race one but decided to stick to the Expert Class after that. Ian Tindle finished an impressive runner up overall with Christian Livesey in third. The U40 class had three different race winners, but consistent top four finishes gave Jacob Will the overall victory. Ian Tindle was once again runner up, this time from Louis Knibbs.