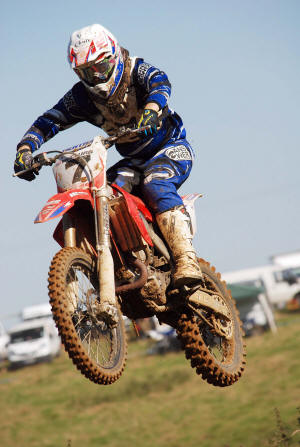 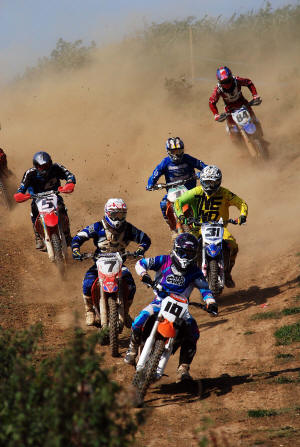 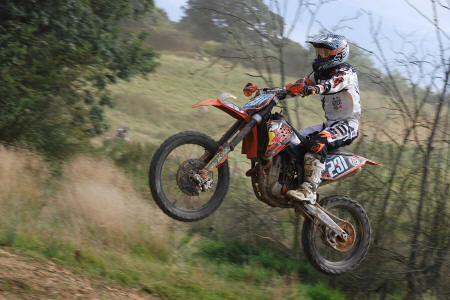 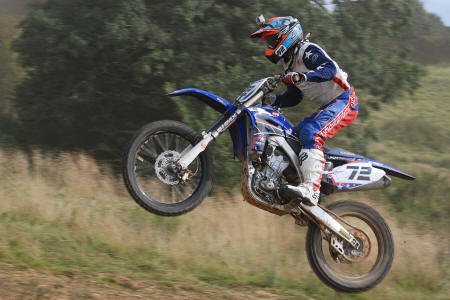 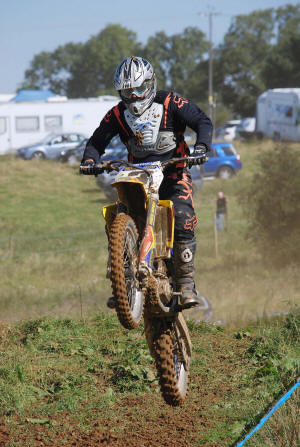 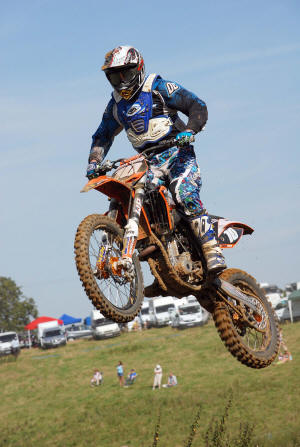 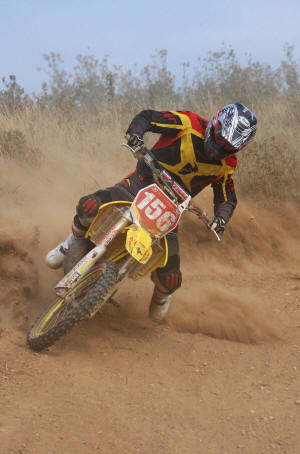 The penultimate round of NMCC's Club Championships for 2012 at Long Buckby was a dry and hard affair, the track suffering from a week of hot dry weather. The racing was as good as ever though, with some of the top riders putting in extremely good performances.

Michael McClurg and Joe Wyse battled closely at the front of the Expert races, gapping the rest of the field by some margin. Michael managed to get past Joe and took wins in the first and third races, but Joe hung on for the win in race two. Dale Raynor was next each time, close enough to capitalise had the leaders made any mistakes.  In the Junior category a fine win and two second places was enough to give Jono Bourn the overall victory. Sixth in race one meant Aiden Maloney could only take second overall, though he must have been pleased with his wins in the other two legs. Tom Harwood took third, never finishing off the podium.

Andrew Modd went three, two, one getting better as the day went on to win the Clubman class. After winning races one and two on his return to racing, Mark Thompson sat out the last and dropped to third overall. This allowed James Francis was able to move up to second. Ryan Griffiths took all three wins in the Premier Class, while Simon Wyse rode consistantly to second overall, just in front of Darren Ismay who showed considerable speed but was involved in a couple of off-track excursions in race three. The Elite class saw three different winners in each leg, but the overall winner was Richard Jochacy who managed to stay in the top two all day. Simon Tucker finished second ahead of Trevor Roberts.

Paul Edge won the first two Under 40 class races, but choose not to race the final leg. This allowed Aiden Maloney to win the final leg and the overall with Tom Parkes runner up. Competition was once again intense at the front of the 2 Stroke class Darren Ismay, Jono Bourn and Jack Gregory.  Darren took race one, but the wins in the other two legs went to Jack giving him overall victory. Jono Bourn got faster as the day went on taking the final step on the podium.