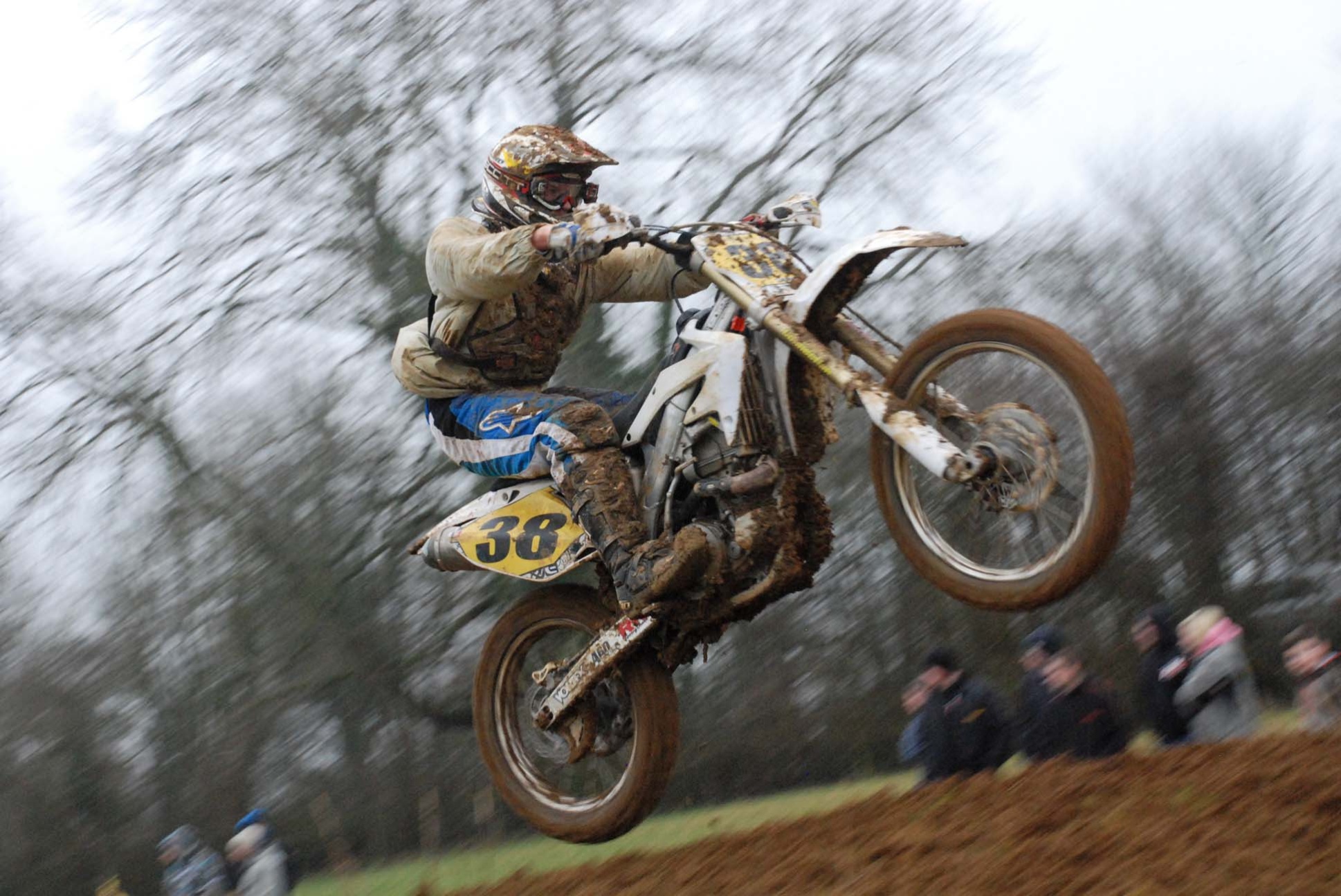 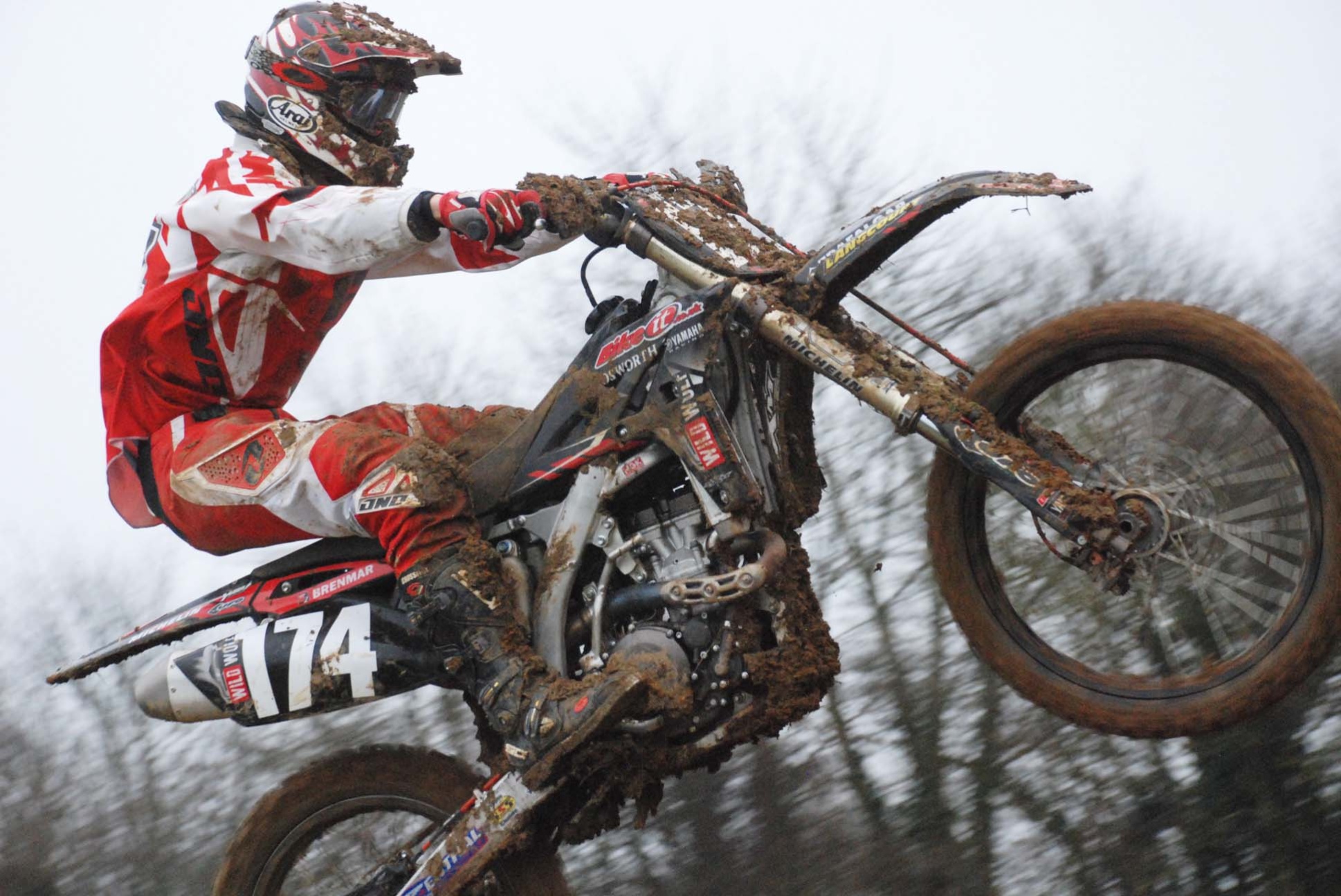 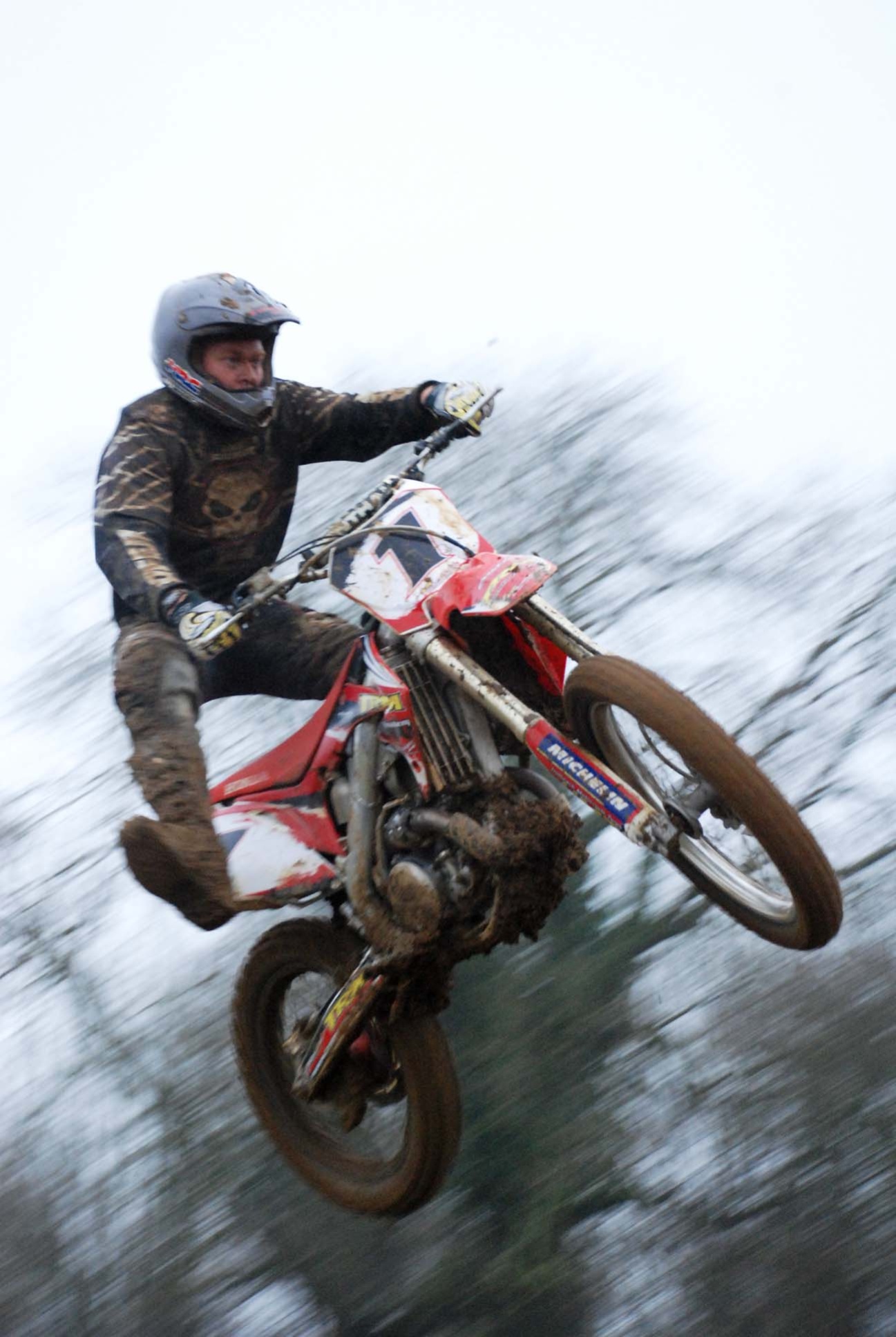 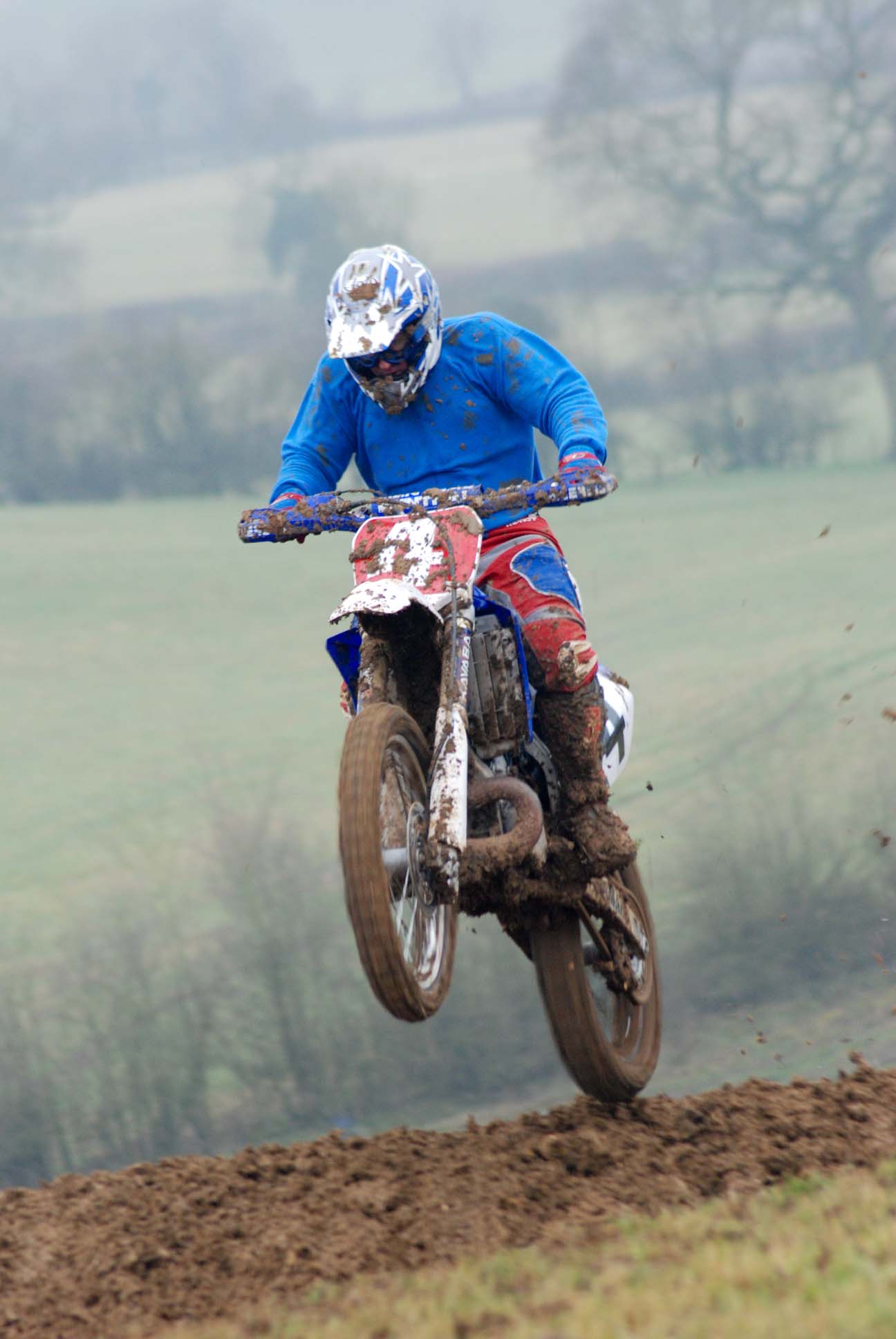 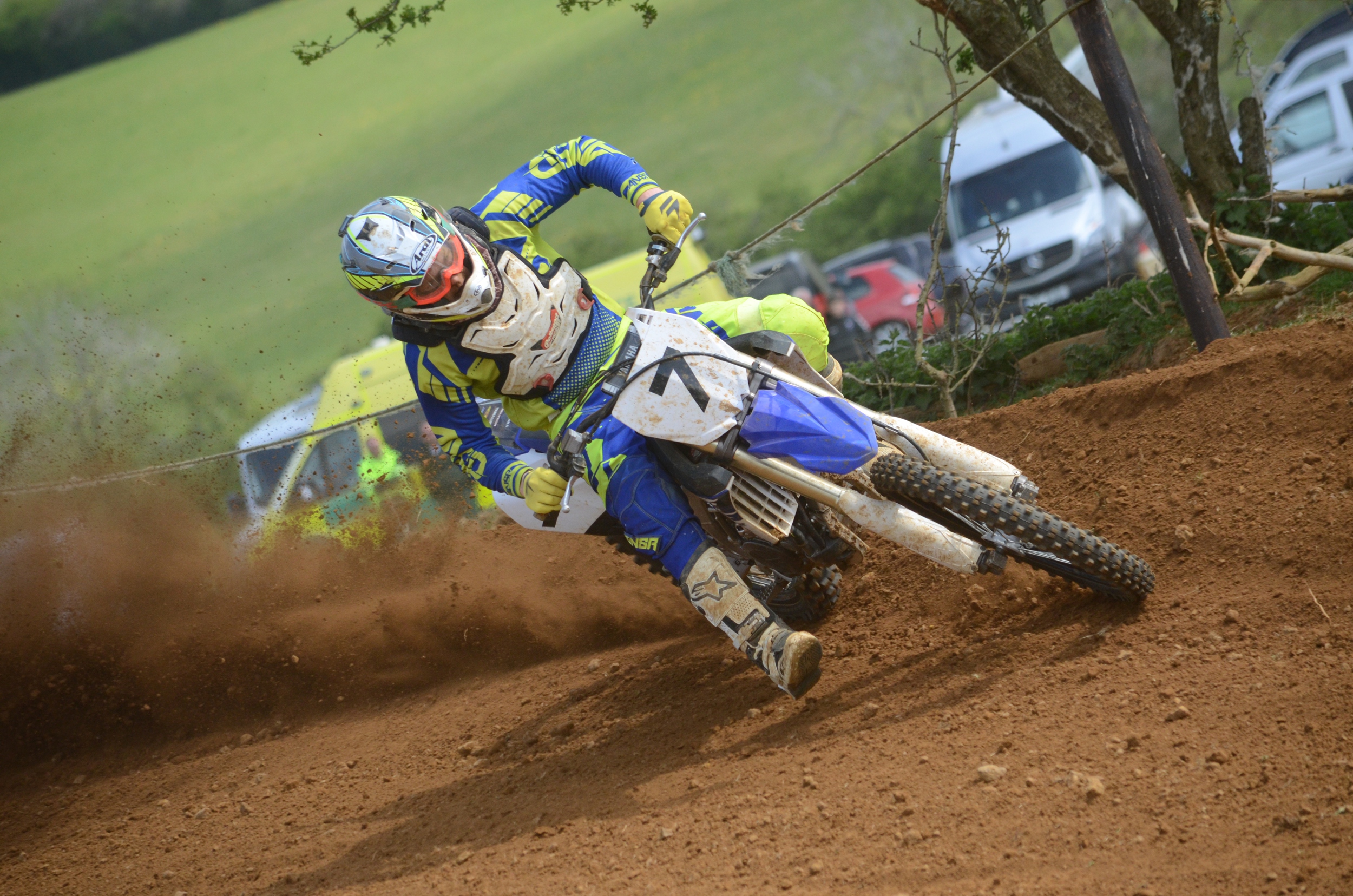 Sometimes the weather forecasters get it right. On the weekend of NMCC's first meeting of the year unfortunately they did. Whilst most clubs cancelled their meetings, NMCC decided to carry on and provide some racing for all the eager entrants. After a miserable 24 hours of rain leading up to the event, the circuit was shortened in advance to avoid the two worst hills in order that the majority of riders could get round. Conditions started out very challenging and heavy going, but by midday some drier lines started to appear and by the end of the day things had improved no end. The season got underway almost exactly as the last on had finished with reigning champions at the front in most classes.

Reigning SMC Expert Champion Ryan Griffiths stated the season in fine style. Revelling in the muddy going he took two wins and a second place in the Expert class to secure overall victory. Mark Boswell was never far behind but had to settle for second on this occasion. Michael McClurg found speed on his 2 Stroke as the track dried to finish third after a good win in the final race.

In the Junior group, the club's 2010 Junior Champion Martin Streeton was once again the man to beat. After a second in the first encounter he went on to win both the other races and take first place. Jake Penny finished second overall after battling through from a slow start in the opening race. Mark Bland showed lots of skill to win the first race, but problems in the final leg dropped him to third overall. The Clubman class had to be decided on the results from races two and three, after the bikes became so muddy in the opener that they were impossible to lapscore. Jacob Lowe and Vince Branch both shared wins but it was Jacob who took the overall, with Scott Chamberlain in third position.

The Over 40 class was dominated by another 2010 SMC Champion Tony Leishman, winning all three races. Richard Wright made full use of his new electric start to quickly restart on a few occasions and took second overall. Kevin Turnbull rode smoothly and consistently to the final podium position. Andrew Brightman once again dominated the Over 50 class, but didn't have it all his own way as a fit again Reg Willis snatched victory in the final race for second overall, from Richard Watts in third. The Under 40 group provided another three wins for Ryan Griffiths who never looked like he could be beaten. Matt Willis used his enduro skills to full effect in the tricky conditions to take second, with Dan Holmes on his new 450 in third.

New for 2011, the 2 Stroke class saw close racing all day. Michael McClurg opened the day with a win in the first leg but then concentrated his efforts on other classes. Dale Raynor took maximum advantage of this by winning the other two races and taking the overall. Tony Leishman rode extremely well to finish second overall from Jordan Wright.

It was good to see so many new club members this season, the action continues on March 13 at Badby.