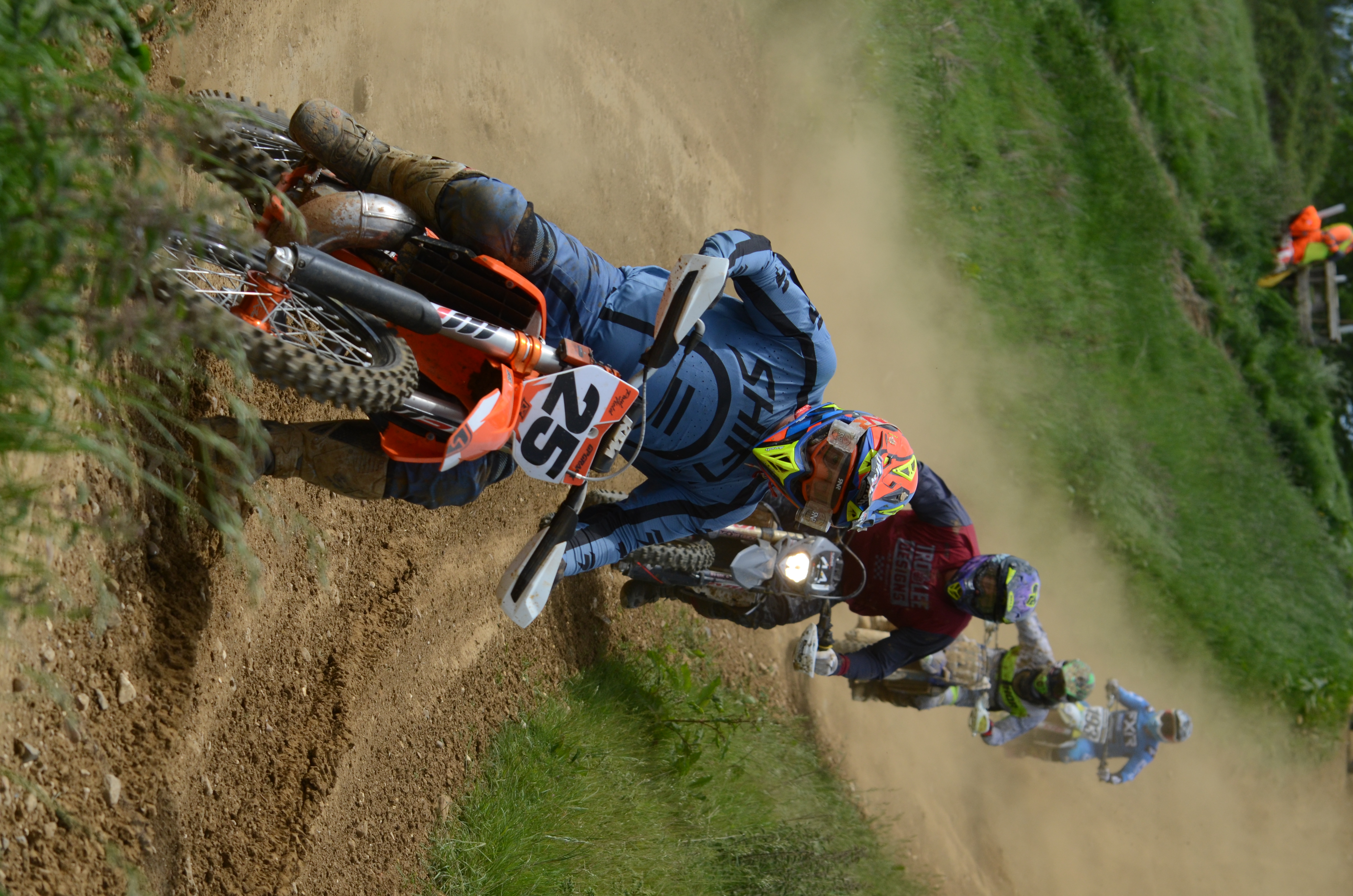 NMCC were joined at Long Buckby National Track this time by the NGR series. Despite the warm weather, the bigger than average Expert class were greeted with a well groomed and watered track to start the day. Robert Wood took back to back wins in the first two Expert class races, before a mechanical issue put him out of the running for the final encounter. Jamie Richmond showed great speed in trying to chase down Rob, setting the fastest lap of the day in pursuit of Rob in race one. Despite a tip-over in race two, Jamie took the day’s overall after a fine win in race three. Shaun Robinson finished second overall by a single point from newly upgraded Jordan Wills who continues to impress. Both suffered incidents in one leg making the overalls close.

The Junior A class once again saw some fast racing from our future Expert stars. Connor Haligan won both finals despite some serious attention from Robbie Hollis, second on both occasions after leading race one until two laps to go. Jordan Hughes maintained the classes consistency finishing third each time. In the Junior B class just two points separated the top three.  Lee Hayward took the overall after winning race two, just ahead of Jack Fennymore-Birch and Spencer Taylor.   Lee and Spencer shared the wins, whilst Jack Fennymore-Birch finished twice runner-up.

In the Premier O40 class, visiting Stuart Scott took 3 wins ahead of South Midland Centre regular Greg Cox. Steven Chilvers took the final podium position. Bruce Garside took the Elite O50 class overall after some very closely battling with Greg Cox in the combined races. Sidney Richardson took second after finishing ahead of third placed Tony Fricker in races 2 and 3. In the Super O60 class Stephen Hollins dominated with two wins in the afternoon. Reg Willis put in another great ride to take second from Mark Stephens. Reece Wain took overalls in both the combined 2 Stroke and U40 classes, ahead of Scott Goodson and Ty Atkins in the U40s, ultra-consistent Ian Tindle and Connor Dickens in the 2 Strokes.

The NGR class finished in the same order every time towards the front. A Hat-trick of wins saw Gary Hoptrough take the overall. Second each time went to Peter Cook, with Tim Clark in third.