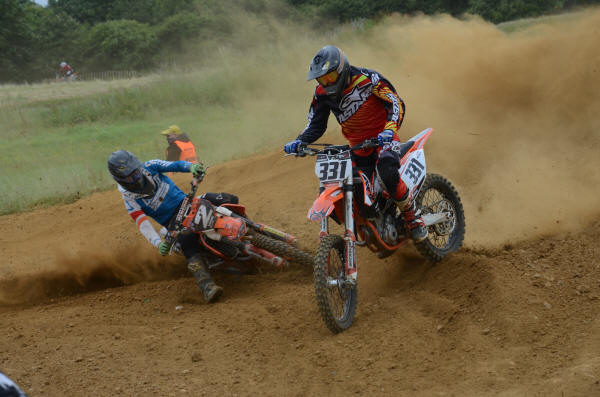 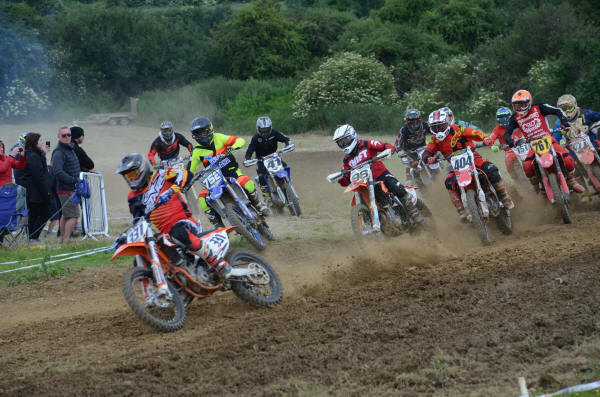 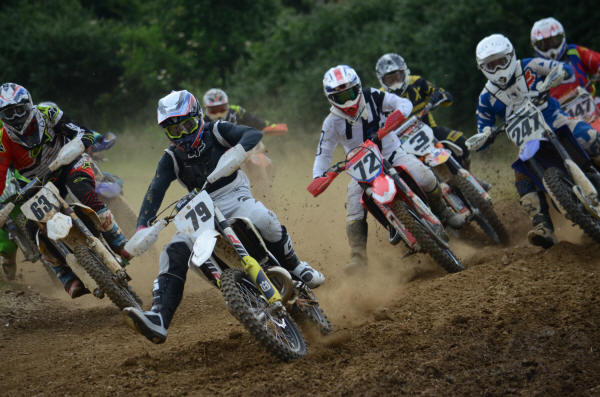 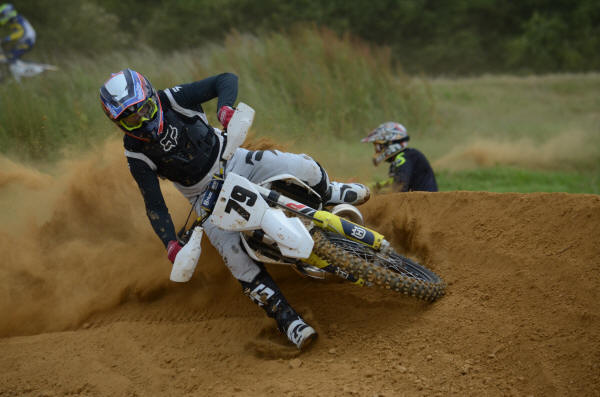 For NMCC’s June Motocross meeting at Daventry MX the club were joined by the NGR Series. Thankfully the sun stayed away for most of the day meaning the great track prep work did its job, and a slight breeze kept down the dust.

Ryan Hammond took 3 straight wins in the Expert and Junior combined class despite some stiff competition in race 2. This one saw Ryan get a bad start as local track expert Luke Spence took the holeshot and immediately pulled out a commanding lead. It looked for a long time as if Luke was going to take the win on his one appearance of the day, then suddenly Ryan closed the gap with two laps to go and was back in the lead. Second Expert overall went to Alex Fountain with two seconds and a third, with Reece Wain third on the podium. In the Junior Class the points were very close at the top, just 3 points separating first from third. Cameron Curtis took a fine overall win from Rob Harwood, with Joe Wakerley in third. All three swapped positions each race, but never finished outside of the top four.

In the Clubman class Daniel Miles and Miles Woodhouse shared the wins. Daniel won the final two legs to take the overall, with Scott Goodson coming in third. Aaron Hopkins proved unbeatable in the NGR class with a straight hat-trick of wins. Paul Hubbard took second overall with second in the first two races, and despite slipping to fifth in race three. Jake Morphey stayed on the box each time out, missing out on second overall by a single point.

Laurence Wiltshire put on a dominant display to win all three Premier class races, his laptimes only beaten by one or two of the Experts. Lee Keyton took second each time, ahead of Daniel Miles who took third overall. Greg Cox took another clean sweep of the Elite class. Fraser Law took second after a series of mishaps in race one. Bruce Garside rode smooth and consistent  for third overall. Two wins and a second gave Nigel Miller his usual overall win in the Super Class. Richard Jochacy stepped it up for second overall with a fine win in race three, with Reg Willis just behind in third.