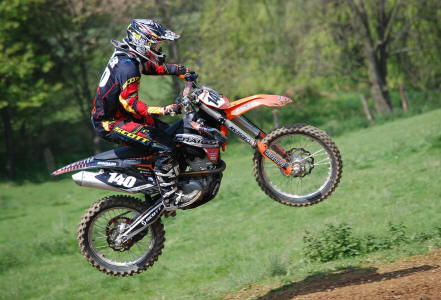 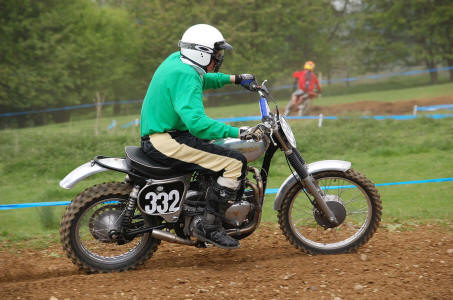 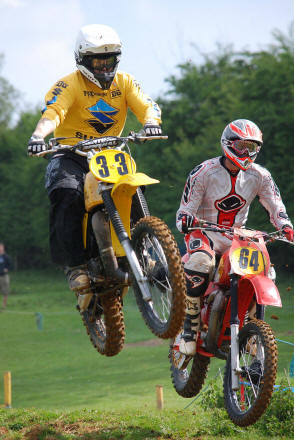 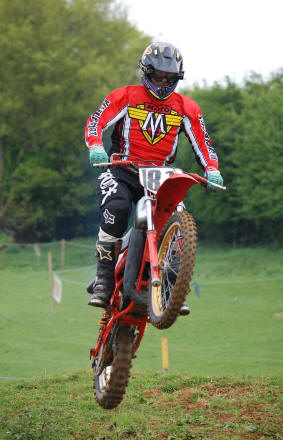 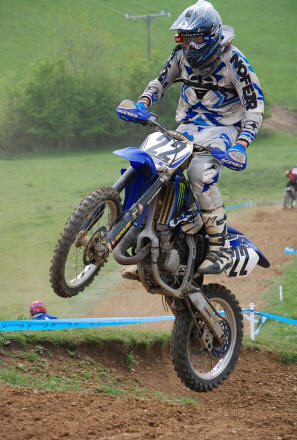 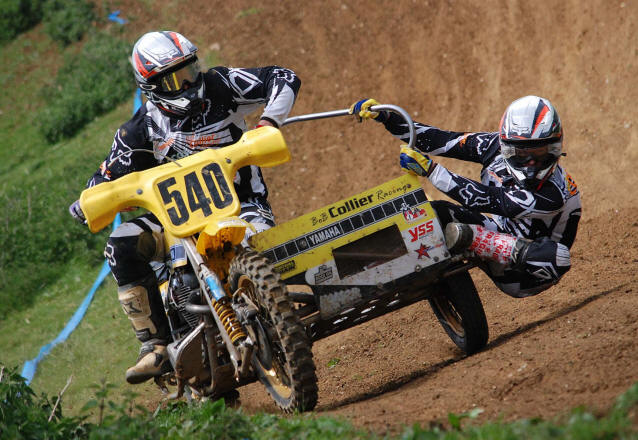 The Bob Collier Trophy Motocross at Long Buckby for Leukemia Research is always a very special event. The family and friends of Bob come together once a year to remember the great man and run the best possible event. It has a special atmosphere, relaxed and friendly where riders and spectators enjoy motocross at its best whilst raising money for a noble cause. Despite horrendous recent weather, conditions were perfect. Torrential rain midweek gave way to blue skies and beautiful warm sunny weekend, with Bob in charge of the weather that was never in doubt.

This year’s race format was slightly different. While the twinshocks and sidecars remained, the Friends of Bob class was replaced with Bob Collier Trophy race. The top four riders from each of the morning classes went head to head in the first race of the afternoon. Using average lap times and a staggered start the racers set off in waves, depending on the speed of the class they were representing with the slower classes going first. The theory was then that riders from all classes would have an equal chance of winning the trophy. Mark Gordon representing the Juniors and the 2 Strokes took the victory, finishing less than half a second in front of Expert Alex Butler at the line. Junior winner Joe Tobutt came home in third, with the Expert pairing of Joe Wyse and Harry Turner next. With the top six split evenly between Junior and Expert the format had its desired effect, producing close exciting racing throughout the field.

Not often seen in the South Midland Centre, the sidecar class is always popular with the spectators at this event. The Williams pairing of Matt and Luke dominated the racing taking the overall with two wins and a second first time out. The rest of the teams were more evenly matched, Chris Walker and Andy Pratt eventually taking the second podium position after trading places with Chris Batt and Richard Brindson throughout the day.

Fastest Expert of the day and overall winner was Alex Butler. Despite two wins in which he dominated, he didn’t have it all his own way having to settle for third in race two. Second overall went to race two winner and twice runner up Joe Wyse. Third overall went to Ryan Griffiths, just edging out Harry Turner who got faster as the day went on. Joe Tobutt won both of the Junior Finals to take the overall in style. Jono Bourn and Jordan Hughes both shared second places, but it was Jono who just took second overall by staying inside the top three both races. Jordan had to settle for third after John Gill claimed third place in race one. In the Junior B class Richard Lowe and Declan Philips both took a win and a second, Declan taking the overall by virtue of his higher placing in the second leg. Kevin Turnbull took third by a single point from the rapidly improving Gerry Scott.

The SMC Over 40 class is named the Premier class for good reason, once again proving to be one of the fastest of the day. The Expert pairing of Ryan Griffiths and Simon Wyse consistently posted laptimes ahead of the Junior A riders. Ryan took all three wins on this occasion with Simon consistently in second, Tony Leishman  beating Adam Collins to a closely fought third place. Two wins and a second clinched another overall for Reg Willis in the Elite class, from Andrew Brightman who won the initial encounter before finishing second in the other two. Vincent Wakerley took a fine third overall in his return to racing just one point in front of Richard Jochacy. Alex Butler took a clean hat trick of wins in the Under 40s ahead of Harry Turner and Tom Parkes.

The 2 Stroke class provided some close and exciting racing, with Mark Gordon adding the overall to his Bob Collier Trophy result. Mark Gordon won races one and two, but second overall went to Mark Bland who came through to win the final leg. Tony Leishman took third each time out. David Muddiman won all three legs of the Twinshock class for the Maico factory, Steve Mitton recovered from a fourth in the first leg to take second in both the final races.