at the Long Buckby National Track 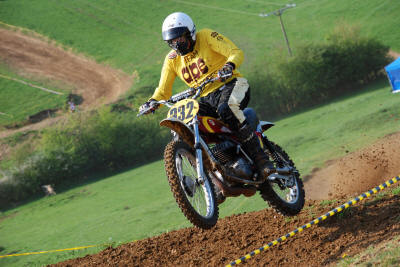 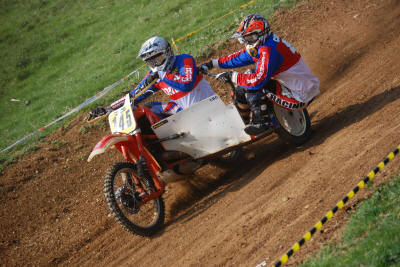 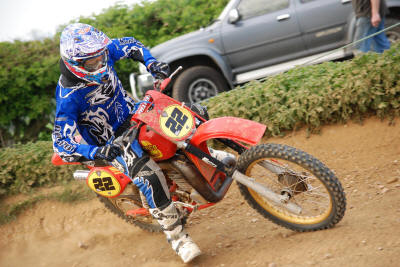 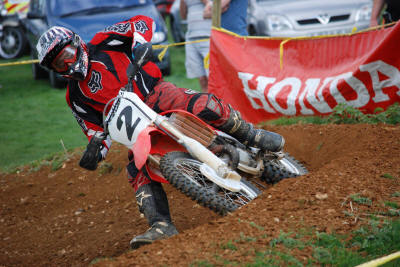 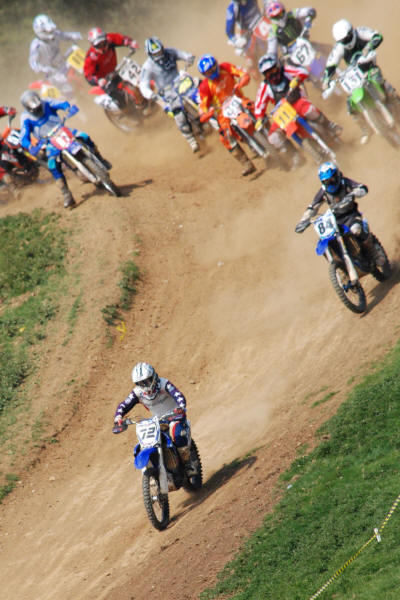 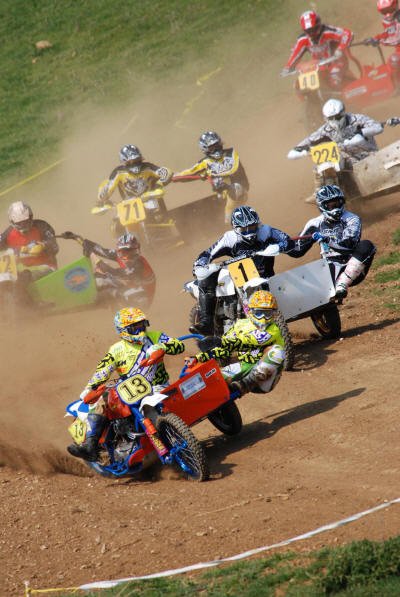 The objectives for this meeting were simple, to remember a dear friend and to raise as much money as possible for a noble cause. To do this a crack team of Bob's closest friends and family was assembled. They worked tirelessly behind the scenes for months, contacting his motocross buddies, grading and preparing the track, finding sponsors, making the unique trophies, making cakes, contacting the media, the list goes on and on. The result? Something extraordinary. A day to be remembered by all who took part, much like the man himself.

Long Buckby's traditional cold wind was banished for the day, replaced with glorious sunshine from start to finish. The track was prepared perfectly looking the best it has for decades. A massive entry of solos and sidecars came together to take part in this unique event, watched on by a huge field of enthusiastic spectators.  Indeed such was the atmosphere that you'd have been forgiven for thinking that somehow you'd been transported back to the eighties.

To accomodate all of Bob's friends and interests it was necessary to run extra classes for twinshocks, sidecars and also the very special 'Friends of Bob' Class.  Probably never before had such a wide range of ages, for both machines and riders taken to the track all at the same time. Whilst some were fiercely competitive, others were just out to enjoy the ride and give another outing to some very special machinery. James Berrill took wins in all three of the F.O.B. races, followed by Mark Bussey on an immaculate Yamaha. Behind them Richard Sabin fought off David Muddiman and Rob Saunders to take the final podium place. Results in this class however told only half the story. Before racing to second overall Mark was a key member of the track preparation A Team, watering the circuit all Saturday evening as revellers at the hog-roast looked on.

Ryan Griffiths once again proved himself the man to beat at this circuit, taking a maximum 3 wins in both the Expert and Under 40 classes. In the Experts he was followed home by the smooth riding Mark Boswell and Michael Hand. In the Under 40 Class Roy Wilson took second from Jonathan Tapp in third. Racing with the Experts meant that the action at the front of the Junior races was always close. Jay Greavix won the first two motos and the overall, while Jamie Scott snatched victory in the final leg to take second overall. Roy Wilson finished third after some very close racing with Chuck Davis and Ben Huckerby.

In the Clubman Class Rupert Fairclough won the final two races to take first overall from Harry Burden who finished a consistent second. Race one winner Brad Willis was edged into third by a single point. Tony Leishman continued to dominate the Over 40 class with a hat-trick of wins. Behind him Adam Collins and Fraser Law fought closely for the runner up spot each time, with Adam eventually taking second overall. In the Over 50 Class a back on form Reg Willis won two out of three to take the win, while Andrew Brightman had to be content with second overall despite a win in race two from P Winter in third. Roy Wilson figured once again in the results for the 2-stroke class, winning all three legs, while Tony Leishman won a close battle with James Berrill for third.

The Twinshock class proved a crowd pleaser with some wondefully prepared machines out on the circuit. Matt Murphy dominated races one and three but a problem with the maico in race two dropped him to second overall. Marcus Feltham took advantage and the overall was his. David Muddiman took third from Ian Rowley giving Maico three out of the first 4 positions. Unlucky for some, but not for Shaun Mallows and Colin Dunkley as their number 13 sidecar outfit  dominated the sidecar races. The crowd were in awe as they hit the circuit's big jumps with abandon on route to three straight victories. Second each time went to Paul Morris and Mark Snell from Nick Leatherhead and Paul Young.

As well as the exciting racing there were plenty of fundraising activities taking place such as the very popular cake sales, the tombola and a 'guess the weight of the Goldstar' competition. The final amount raised has yet to be calculated but expect it to be a lot! Figures will be released on the club website as soon as they're available. Thanks to everyone who organised and took part in such a memorable day, the first of what will hopefully become an annual event.