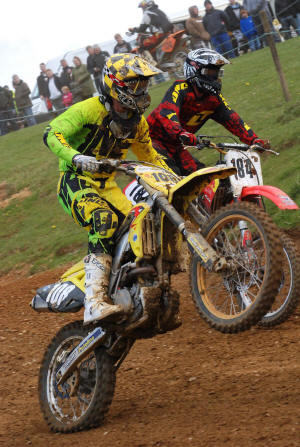 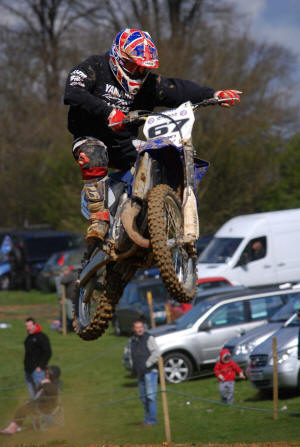 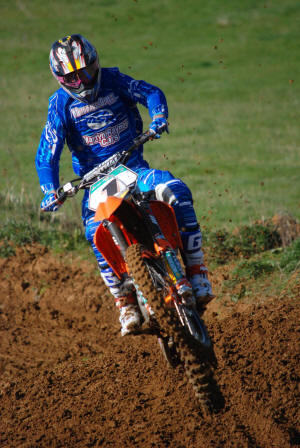 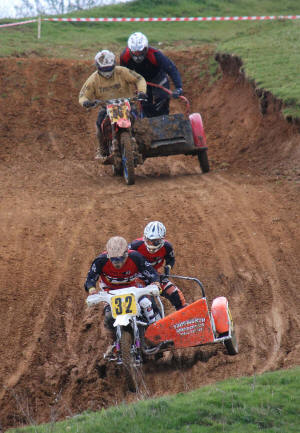 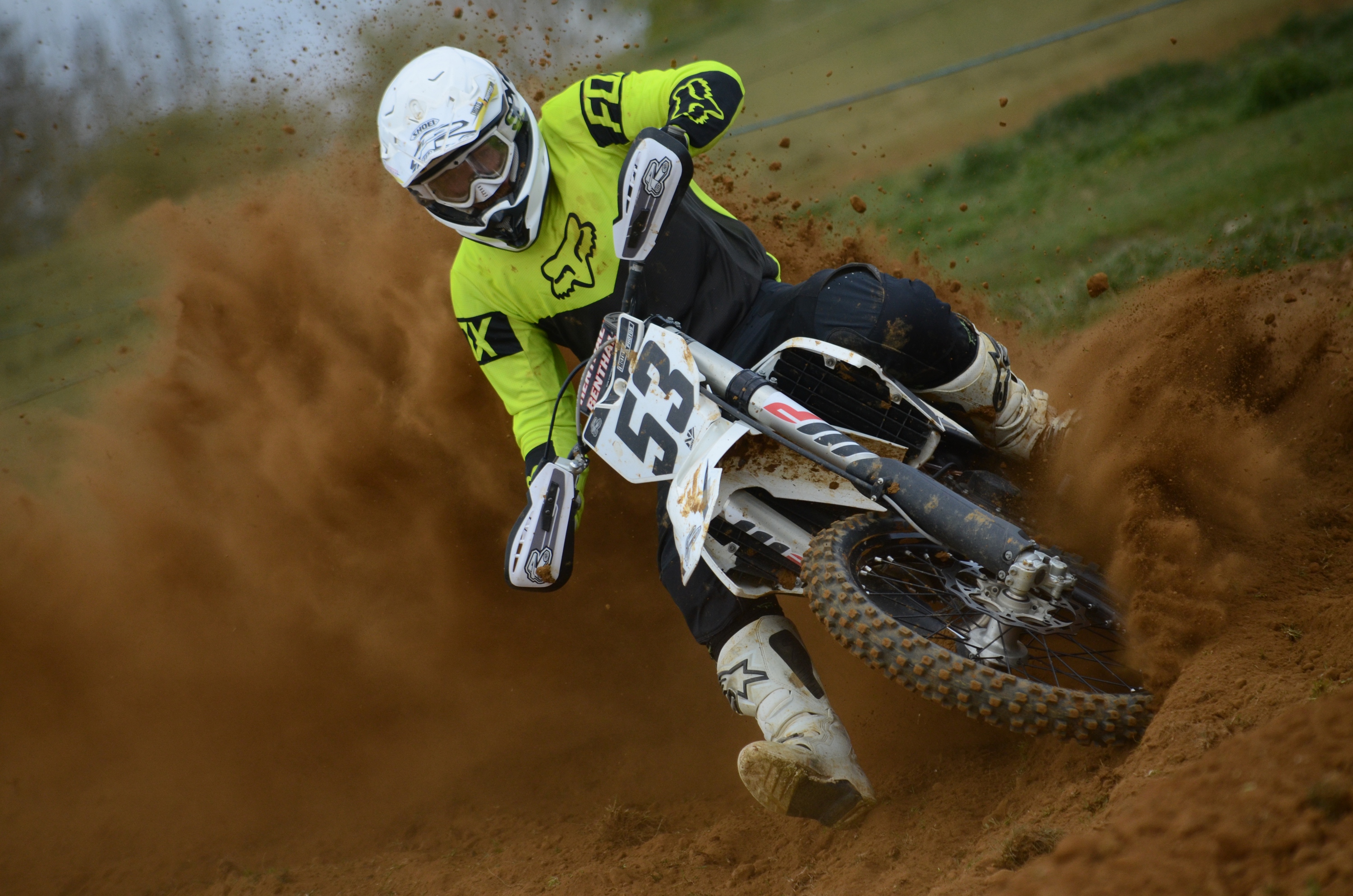 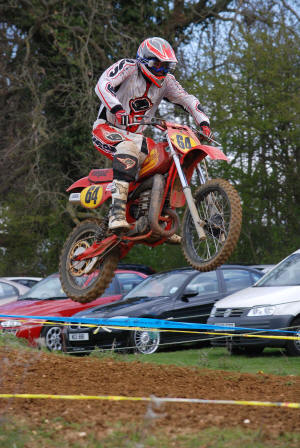 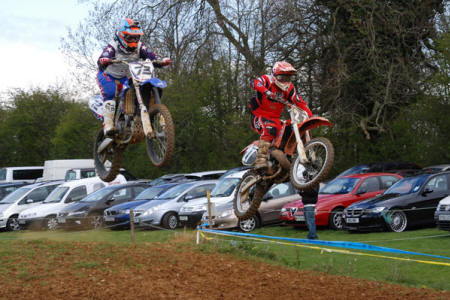 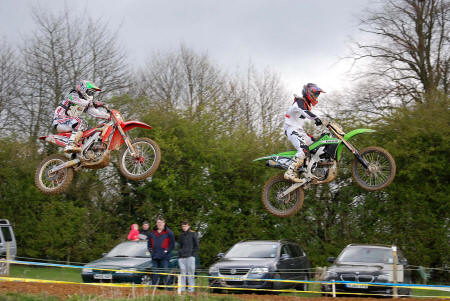 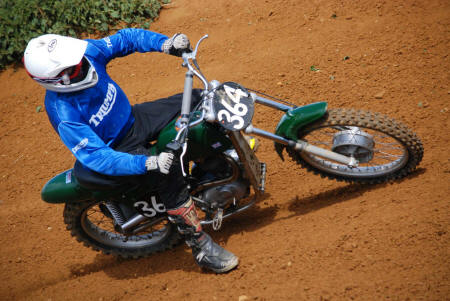 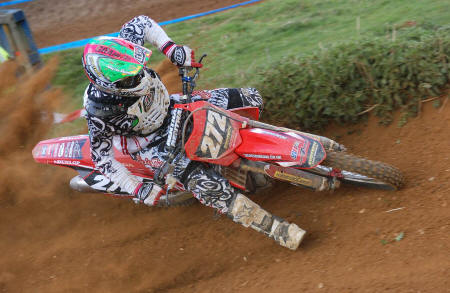 For the second annual Bob Collier Memorial Motocross at Long Buckby the sun shone brightly and the prevalent April showers stayed away. Mid-week rain and lots of track prep work meant the course was in excellent condition. Over 150 riders and several thousand spectators attended this very special event, in honour of long term club member Bob Collier. Alongside the spectacular racing there were tombolas, cakes sales and all manner of fund raising ideas taking place.  As last year the Collier family provided unique handmade trophies, and all proceeds from the event will be donated to Leukaemia Research. As well as entertaining the crowds the inclusion of the Sidecar, Twinshock and 'Friends of Bob' classes provided his many friends with an opportunity to race and pay their respects.

In the Expert class British Championship contender Neville Bradshaw gave a thrilling display of fast riding to take the first two races. His sheer pace around the picturesque Northamptonshire circuit was unmatched, though an early departure prevented him taking the overall. Making the most of this opportunity Dale Raynor won the final leg, but had to settle for second overall to the consistent top three finishes of Mark Boswell. Similarly dominant in the Junior A category Alex Meadows put on a fine display, winning all his races and beating most of the Experts at the same time. Behind him some close racing saw Tom Pallett eventually take second overall from Matt Harrison and Alex Butler.

In the Friends of Bob races Fraser Law and James Berrill battled closely all day. Fraser took all three wins but there were never more than a few yards in it. David Muddiman finished third, just one point in front of Reg Wilis. A clean sweep for Paul Morris and George Wolff saw them take the win in the sidecar group. Chris Walker and Luke Williams lost out to Andy and David Nourish in the final leg, but their seconds in the first two races were enough for second overall.

Lee Holland took victory in the Twinshock class with two wins and a second place. Beating him in the second leg but having to settle for the second spot on the podium was David Muddiman. Paul Harrison finished third in the first two races, but lost out on the overall to Neil Williams after not finishing the final race. Such was the popularity of the Clubman class that two separate races had to be run. In group 1 Steven Chilvers recovered from a first race fourth to win both the other legs and the overall. Cameron Curtis rode consistently inside the top three, improving as the day went on to take second overall from race one winner Todd Bucknall.  Group 2 saw a hat trick of wins for Marc Bates, with Daniel Miles consistently in second each time. Third overall went to Martin King from Guy Pickering.

Unsurprisingly victory in the Over 40 class once again went to Tony Leishman, though he didn't have it all his own way. Ryan Griffiths won the first two but was sidelined due to injury in the third. Cliff Lester took second overall after never finishing outside the top three. Adam Collins took third overall after some close racing with the first half a dozen riders. Reg Willis came close to winning the over 50 class taking wins in races one and three, but a problem in race two gifted both the race win and the overall to ultra-consistent Steve Mitton. Michael Simons followed Steve home each time to take the final step on the podium.

Neville Bradshaw took the first leg win in the Under 40 category, but Jack Gregory took the second and the overall from Tom Parkes in third. Events conspired to limit the number of races that the 2 stroke class could run this weekend, but in the one scoring race Alex Butler rode to the win. Behind him Ben Huckerby was second in front of Tony Leishman and Lee Holland.

Thanks to all of the team responsible for putting so much effort into ensuring this year's event was once again such a big success.